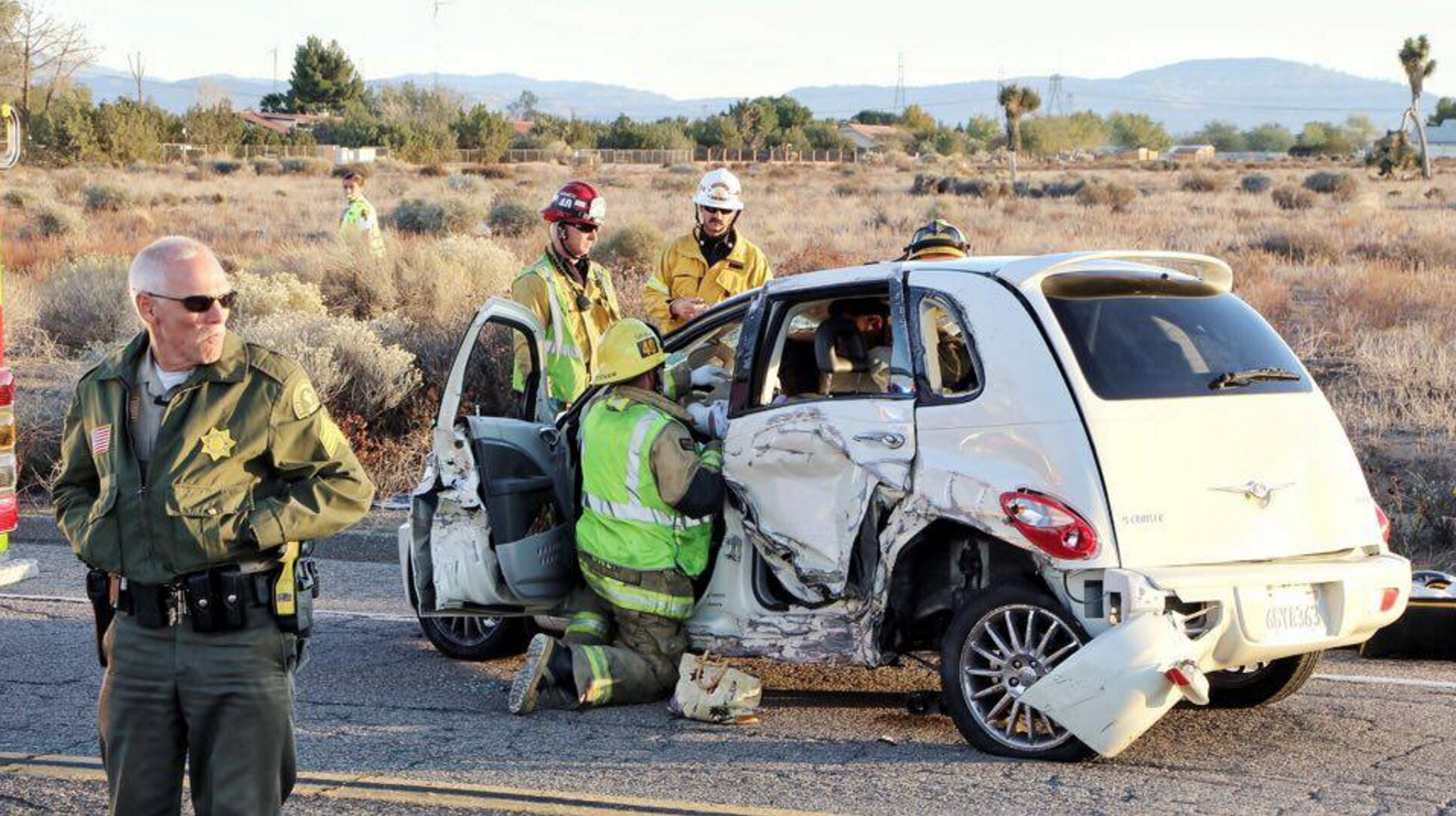 HESPERIA-(VVNG.com): Dispatch received a report of a head on traffic collision on Ranchero Road near Escondido Avenue on Sunday afternoon at about 3:49 p.m. The two vehicles involved in the major damage and injury traffic collision were a white PT Cruiser and a dark gray Acura .

Upon deputy arrival, per scanner traffic several people were out of the vehicle and on the ground, and two juveniles were in the other vehicle also requiring medical attention.

Eastbound lanes of Ranchero Road were closed near Escondido Avenue to prepare the injured for transport and for investigation and cleanup. As of 5:00 p.m. two flatbed tow trucks were requested and eastbound traffic remained closed. No further information is available at this time, information will be updated as it is received. 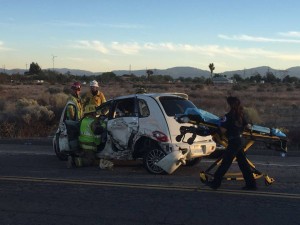 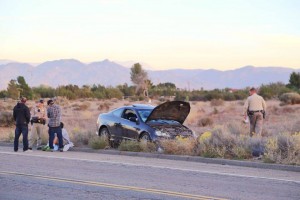 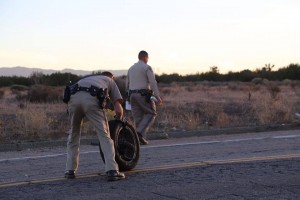