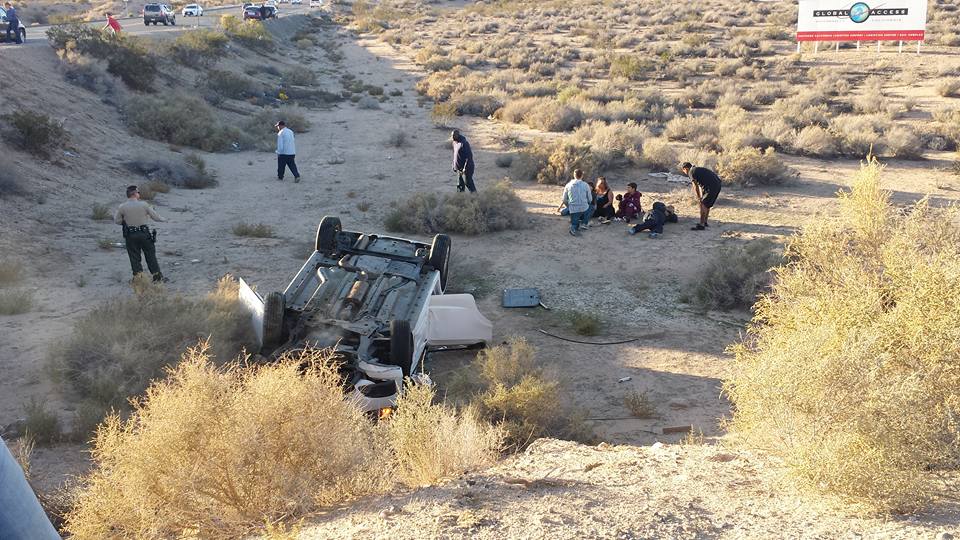 VICTORVILLE-(VVNG.com): An entire family was injured and one of their family dogs was lost in a Wednesday afternoon two-vehicle traffic collision on Air Expressway and Phantom East. Authorities said that the collision was reported just before 3:35 p.m.

The family of five and their two dogs were in the Chevrolet Spark when a Nissan SUV crashed into them causing them to roll down the dirt hill, subsequently landing on the vehicle roof.

“My husband did not see the accident, but pulled up after. He pulled two kids out and a male. He said the family dog took off before he could catch him,” said Jeanie LA Williamson, in a Victor Valley News Facebook group comment.

The injured parties were transported for treatment of minor to moderate injuries suffered as a result of the collision.

According to a witness the missing family dog is a small poodle/shitzu mix with black and white fur. The dog is wearing a collar and is also microchipped.