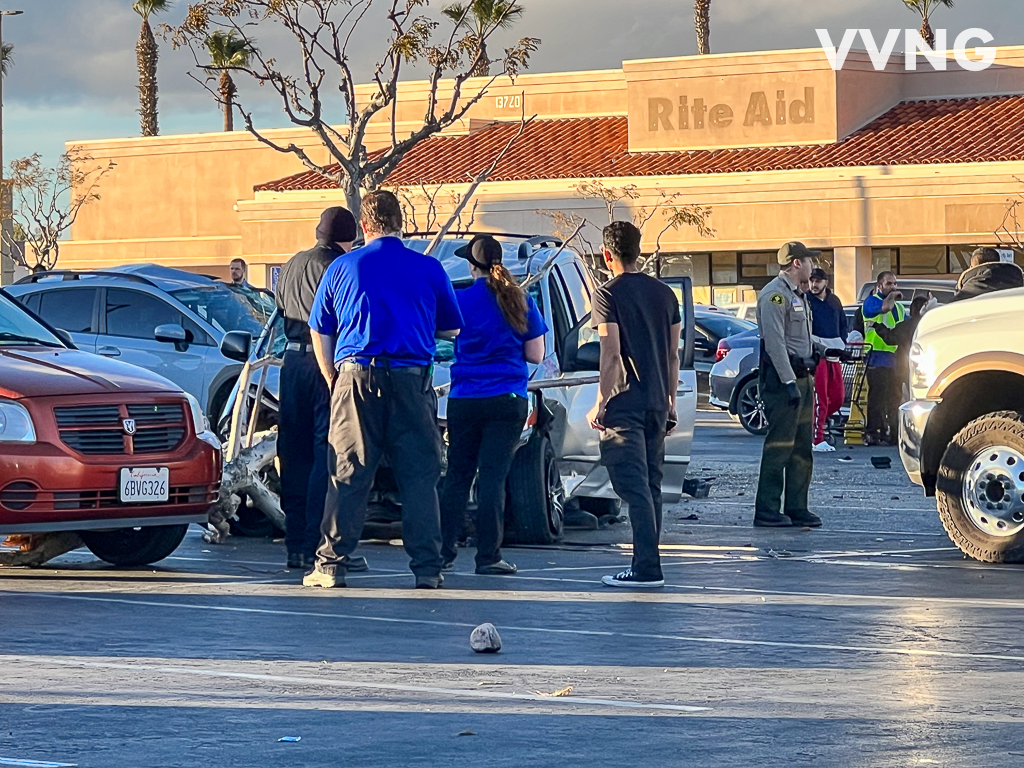 At approximately 3:42 p.m., December 4, 2022, the Victorville Fire Department, AMR, and Victorville Police Department responded to the shopping center parking lot at the intersection of Amethyst Road and Bear Valley Road.

Upon arrival, medical personnel located three vehicles with major damage, a van, a blue 2018 Subaru Crosstrek, and a white 2022 Honda Accord. A fourth vehicle, and a silver Honda Civic. sustained minor damage.

According to several witnesses, the female driver of the van told the other drivers involved in the crash that she was unable to stop and that her brakes would not work.

The driver of the van and an occupant of one of the other vehicles were transported by ground ambulance to a local hospital for treatment.

The Victorville Police Department is investigating the cause of the crash. No further details were immediately available.