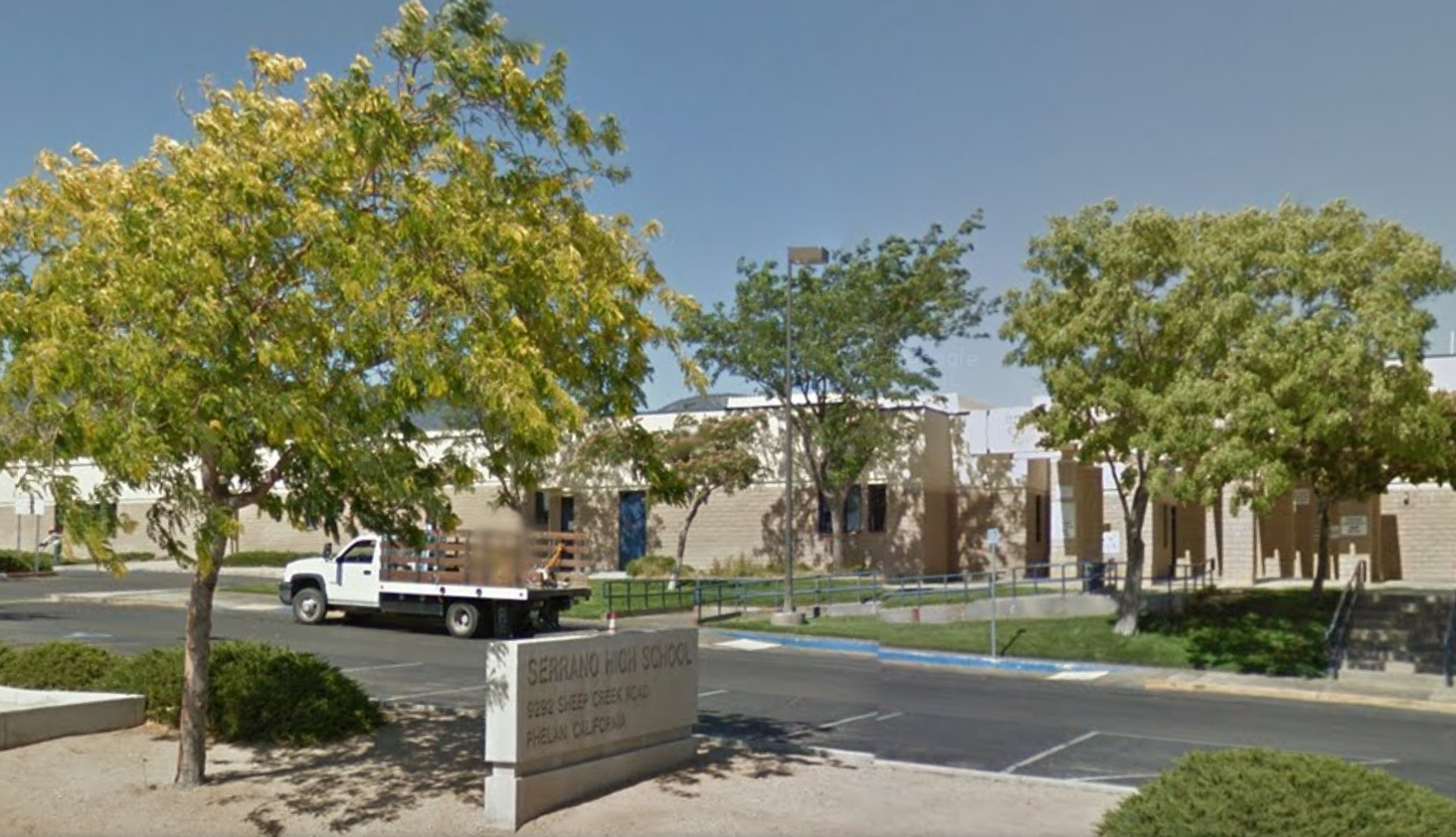 PHELAN-(VVNG.com): A Serrano High School student was arrested on Wednesday afternoon just after 1:00 p.m. for being in possession of a handgun on the school campus.

Superintendent, Luke Ontiveros said that an 18-year-old student was detained by Serrano supervisory staff and searched by Snowline Joint Unified School District Police, who found the weapon during the lunch period.

The two students, due to this discovery, were searched by the school police who found Posadas in possession of the handgun.

The immediate action by the on-site Snowline police, as well as the San Bernardino County Sheriff deputies from the Victor Valley Station made it possible to secure the handgun before citing and transporting the student for booking.

“I would like to commend the Serrano supervisory staff and administration for the quick response to this situation. Their actions resulted in the removal of a potentially dangerous situation, because even though the handgun was concealed and no one was directly threatened, this type of incident is unacceptable in our schools and communities,” said Superintendent Luke Ontiveros, in a statement.

Along with criminal action taken, the student will also be subject to expulsion. Posadas was booked into the High Desert Detention Center in lieu of $25,000 bail.