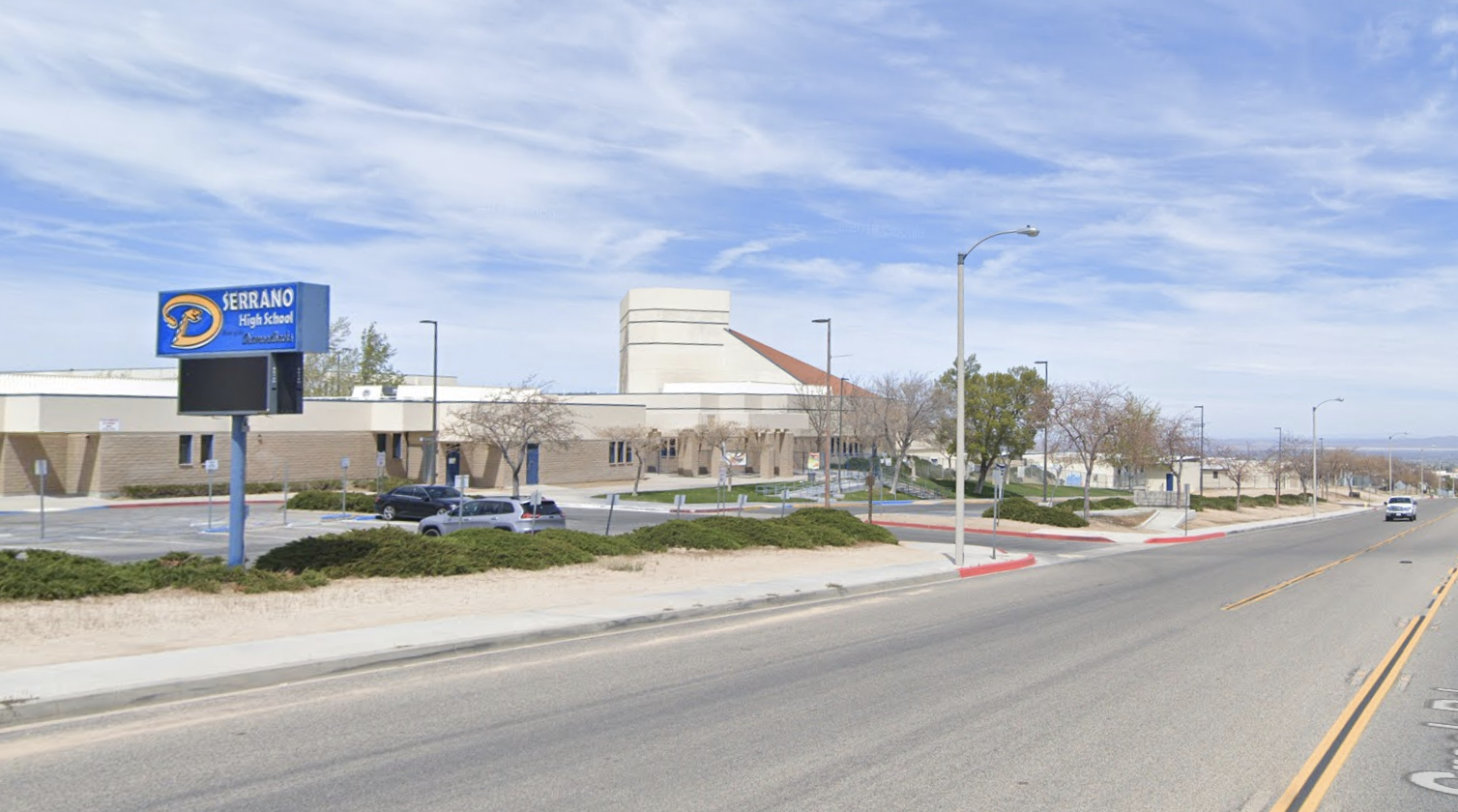 PHELAN, Calif. (VVNG.com) — Serrano High School was placed on lockdown after reports of parents and students fighting on the campus.

According to one person who asked to remain anonymous, it started with two girls fighting each other and one of them was pinned down by a police officer after hitting a teacher/proctor. Moments later, another fight broke out this time with parents and siblings that prompted a lockdown.

The lockdown has since been lifted and the Snowline Unified School District released the following statement:

“Snowline, Serrano has lifted a lockdown due to a fight involving multiple students, which resulted in parents arriving on campus and escalating the event. All parties were quickly removed from campus and steps are begin taken to further resolve the situation to ensure the safety of all students. No weapons were involved and more information will follow based on findings in the ongoing investigation.”

This story is developing and will be updated as more information becomes available.

“As we continue to look into the events that transpired this morning we want all to know that normal activities have resumed on Serrano High School’s campus. Lunch will be served to students, school busses will be provided as usual, and in line with the regular Early Out day, school will conclude at 12:03 p.m. All soccer, basketball, and wrestling practices have been canceled for today. Administrative and Snowline Police presence has remained on campus and collaboration with San Bernardino County Sheriff’s Department continues to help ensure safety.”

Working in collaboration with the Snowline administration, Snowline police department, and Serrano High School staff, school will be in session tomorrow, Friday, November 19. We are taking several precautions on campus, including but not limited to:

Regarding rumors of a student potentially bringing a weapon to school tomorrow; that student’s family has been contacted by the Snowline Police Department and this specific situation is being continuously monitored. For continued and accurate information on this situation please follow Snowline JUSD on Facebook, Instagram, Twitter, and frequently check your email.