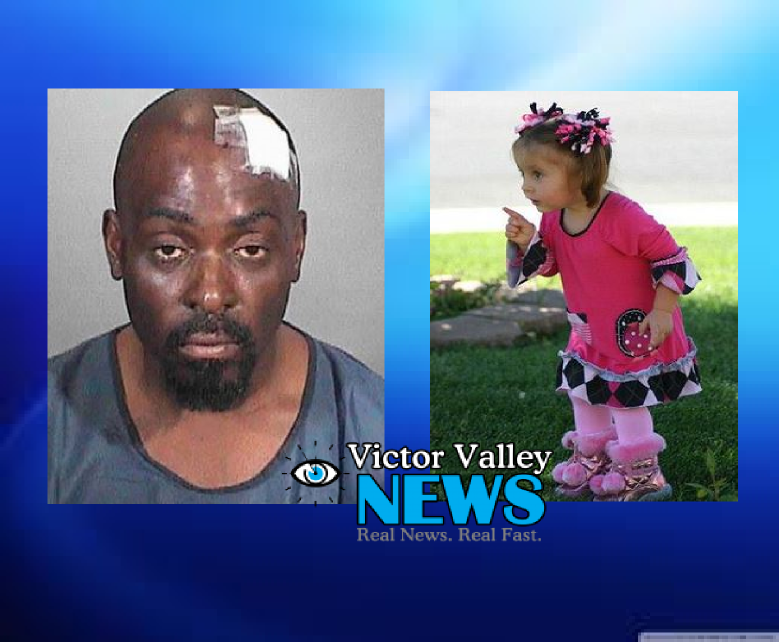 PALMDALE:(VVNG.com)- On Friday, October 3rd, a Palmdale man was found guilty of murder and other felony counts for leading police on a pursuit that ended in the death of 2-year-old Madison Ruano, the Los Angeles District Attorney’s Office announced.

On December 6, 2012, Hicks drover more than 100 mph through Lancaster while he crossed into oncoming traffic and ran five red lights, the prosecutor said. Hicks was under the influence of a pcp laced marijuana cigarette and alcohol at the time, according to court testimony.

Less than a minute after Los Angeles County sheriff deputies began pursuing Hicks, he crashed into a car carrying the young victim near Sierra Highway and Avenue I, the prosecutor added. The blunt force trauma from the rash disconnected her spinal cord, according to witness testimony.

Sentencing took place on October 10th in Los Angeles County Superior Court, Antelope Valley Branch. Hicks was sentenced to 22 years to life in state prison after being convicted of one count each ne count each of evading an officer causing injury, evading an officer causing death, gross vehicular manslaughter while intoxicated and DUI causing injury.

Madison’s parents as well as her two grandfathers gave a victim impact statement at the sentencing.

The case was investigated by the Los Angeles County Sheriffs Department, Lancaster Station.

Tip A Cop at Red Robin to Support Special Olympics