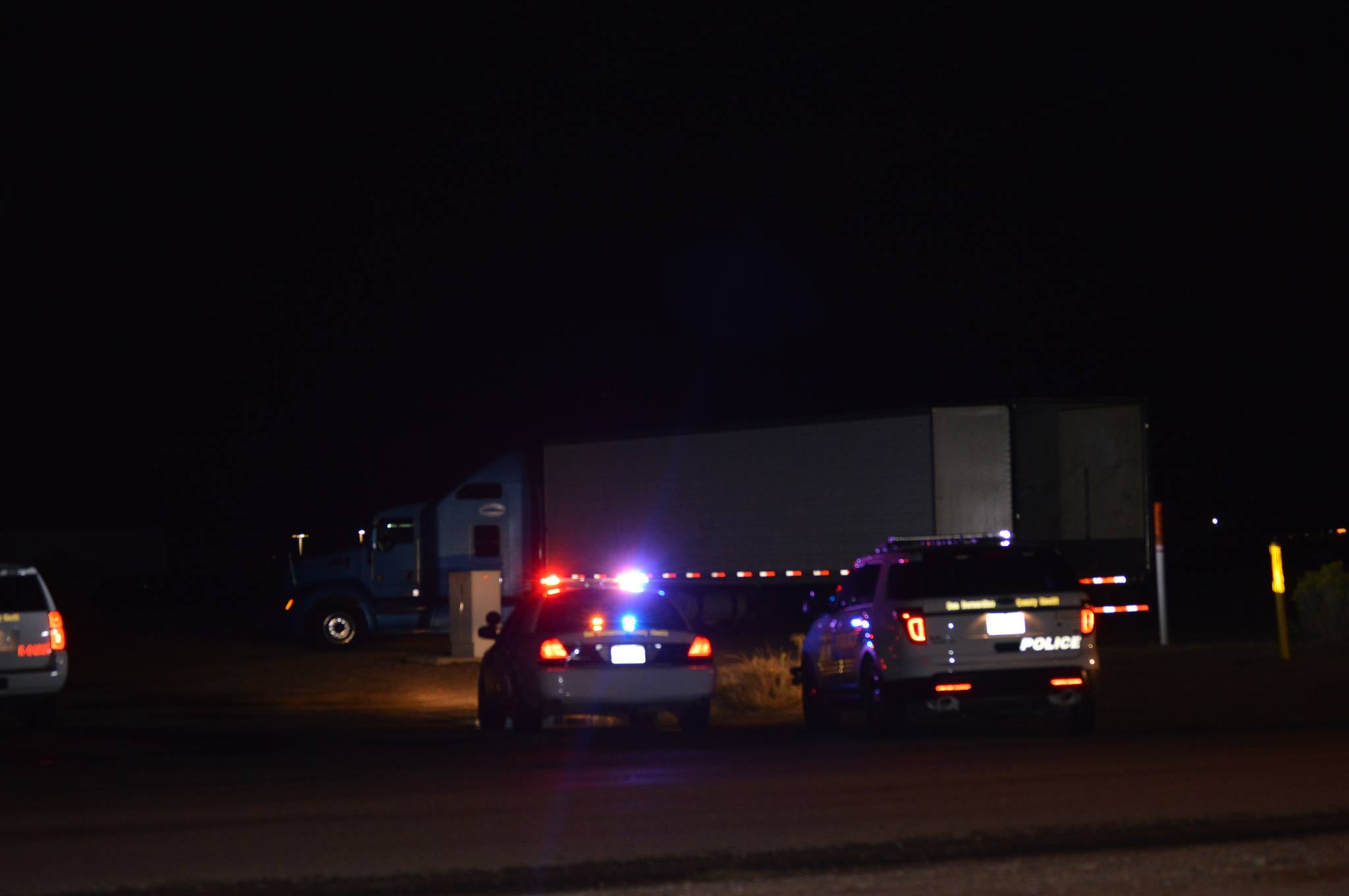 VICTORVILLE-(VVNG.com):  At about 10:15 p.m. on Monday, November 2nd dispatch received a report of a 2010 blue KW Semi Tractor-Trailer that was stolen from the Home Depot parking lot on the 15600 block of Roy Rogers Drive.

According to the reporting party the vehicle that is equipped with a GPS tracking device was left in the parking lot between 8:30 p.m. and 9:00 p.m. and was missing.

The semi tractor-trailer was enroute to Washington state with an avocado load estimated at over $100,000. The reporting party said that the semi currently had about 70 gallons of fuel at the time it was stolen and the GPS was showing the semi in the 12100 block of Hibiscus Road in Adelanto.

As of 11:50 p.m. on Monday night, no arrest have been made. If anyone has any information they are asked to contact the Victorville Police department at 760-241-2911.