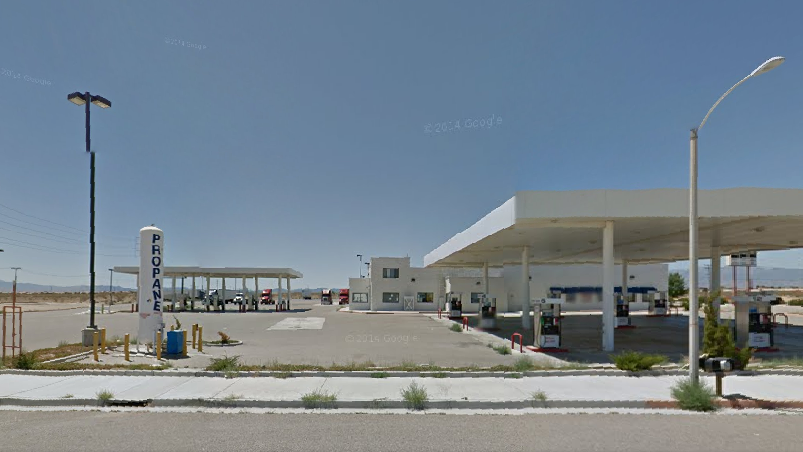 HELENDALE – (VVNG.com) –  At approximately 12:15 p.m. a semi-truck was reported stolen from Hwy 395 and Cactus Road from the High Desert Truck Stop in Victorville.

The driver had parked his truck there on Wednesday night and arrived back the following day to the truck being missing. The truck, which was equipped with GPS was located heading north on Highway 395 in Adelanto.

The deputies attempted to stop the stolen truck, but the truck failed to yield taking authorities on a 45 minute chase ending in the Helendale area. The suspect urged the authorities to shoot him prior to the arrest being made without further incident at approximately 1:15 p.m.