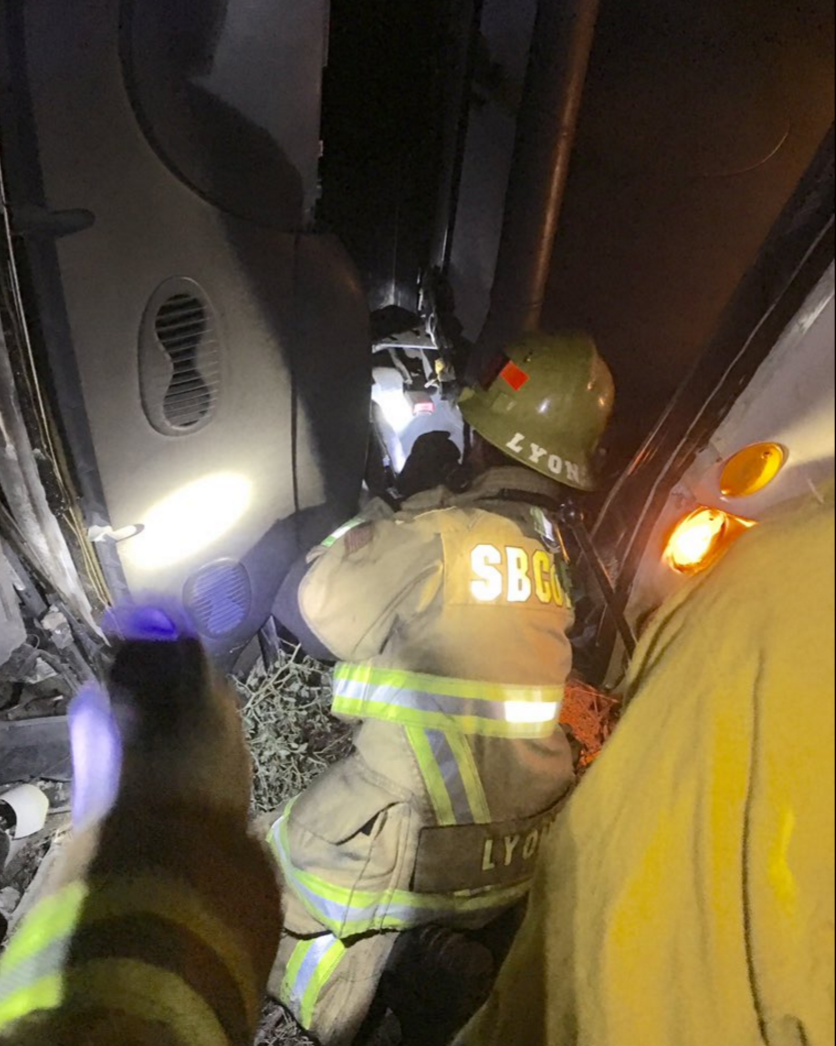 CAJON PASS-(VVNG.com):  An Ontario commercial truck driver was transported to Arrowhead Regional Medical center for treatment related to his tractor-trailer going off the roadway Thursday evening. After hitting the vehicle and guardrail, the semi-truck continued about 250 feet down an embankment landing on it’s side.

Per CHP officials the incident occurred at about 5:40 p.m. on Thursday, December 11th when the 47-year-old man was traveling southbound on the I-15 just past Cleghorn Road. Multiple witnesses said that a trailer tire blew out, causing him to hit a vehicle on the right shoulder then to consequently go off the roadway and down the hill.

“The semi-truck’s tires popped causing him to hit the guardrail and go off the cliff. He was right behind me when it happened we got off at Kenwood came back up on Cleghorn and CHP was still climbing down to find the truck think he might have been way at the bottom,”said Arlinya Ginger Phai.

The driver of the truck was trapped in his vehicle for over two hours and honked the horn to alert people to his crash. The semi-truck could not be seen from the freeway, do to it’s distance down the hill and because of heavy vegetation in the area. Extrication equipment had to be taken down to the trapped driver
The driver of the truck, is reported to have major non-life-threatening injuries.

The extrication was to remove the trapped truck driver from the semi-truck was complete at 8:10 p.m. A SIG alert was issued Thursday evening at about 6:19 p.m. closing the #3 and #4 lanes to I-15 southbound traffic between Cleghorn Road and Kenwood Avenue. There is no further information available at this time, information will be updated as it is received. 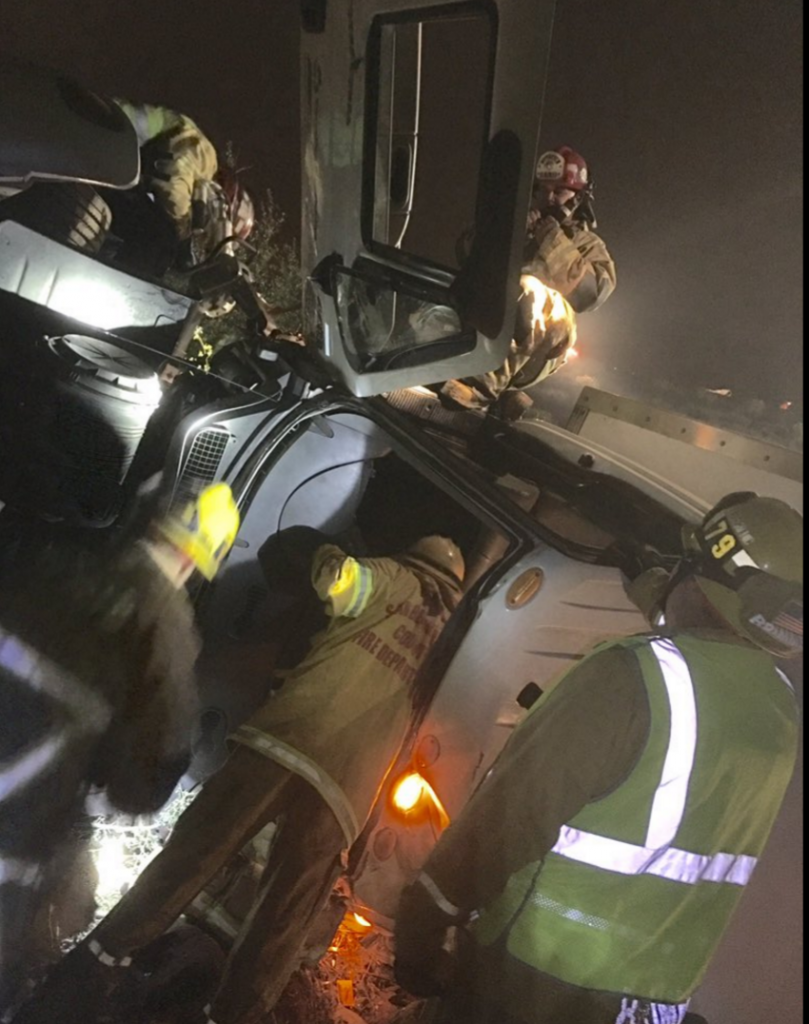 Semi off the side of the road. (Photo Courtesy of: San Bernardino County Fire Department)