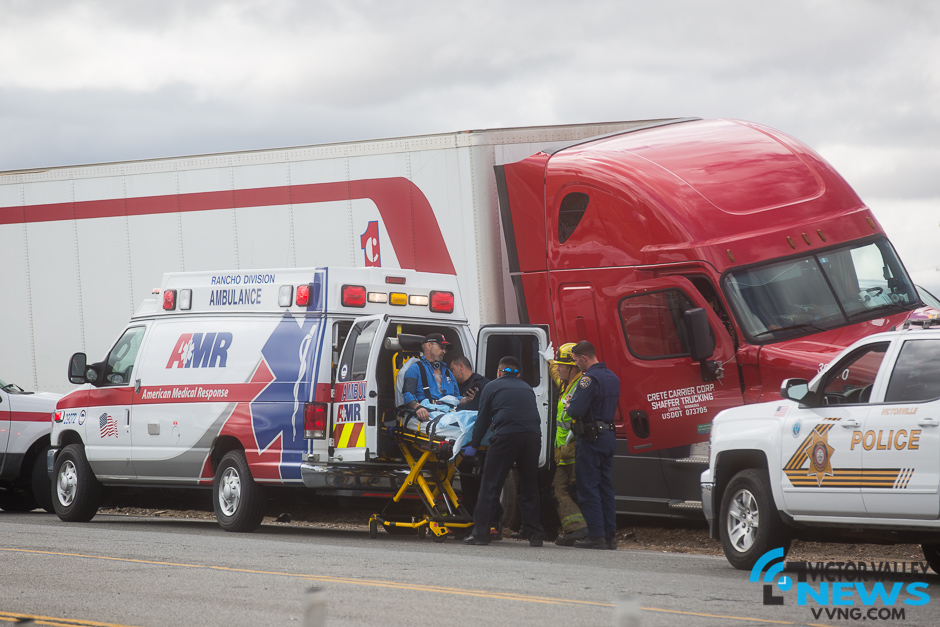 VICTORVILLE, Calif. (VVNG.com)- A male driver of a tractor-trailer was transported to a local hospital after he suffered a medical emergency while driving Saturday afternoon.

The incident was reported at 11:50 a.m, on Saturday, February 18th along the northbound 15 freeway between Nisqualli Road and Palmdale Road.

According to CHP incident logs, the driver suffered a seizure causing the semi to come off the freeway and onto Mariposa Road. The semi continued moving for several hundred feet striking a utility pole and knocking down a chain linked perimeter fence before coming to a stop along the 15 freeway.

Prior to the incident, Victorville Public Works had Mariposa Road closed between Nisqualli and Kingswood Drive due to an earlier incident involving a truck that came off the freeway and knocked down power lines.

A Public Works employee told Victor Valley News they were preparing to open the roadway as the semi came crashing off the freeway.

“We saw the semi coming straight for us, it was very scary,” described the employee.

Northbound traffic on the I-15 is slow thru the area due to on-lookers. Mariposa Road will be closed for an unknown amount of time while the scene is cleared and proper repairs are made.