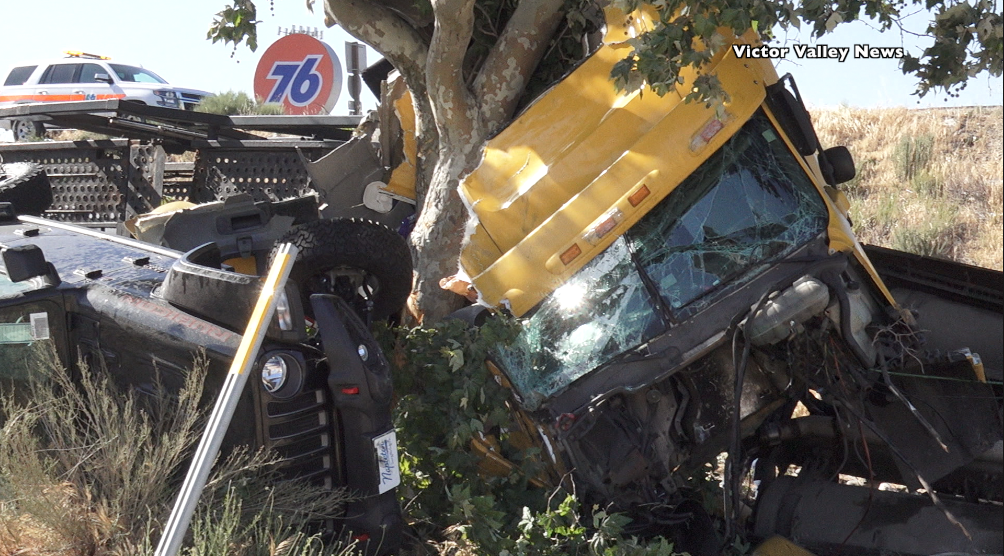 At about 4 p.m., the yellow semi trailer was traveling on the southbound 15 freeway exiting the Highway 138 offramp when he was unable to stop.

“From witness statements he was sounding his air horn attempting to alert other drivers,” stated Officer Sanchez. “But apparently his brakes failed and he went across State Route 138 and overturned here in the embankment.”

San Bernardino County Fire arrived on scene and treated the male driver for minor injuries. He was the only occupant. As a precaution, the driver was transported to a hospital. No other injuries were reported.

This is the same offramp where a dump truck lost their brakes in June of 2014, killing two teenagers from Phelan and injuring three others.

The identity of the driver was not available.