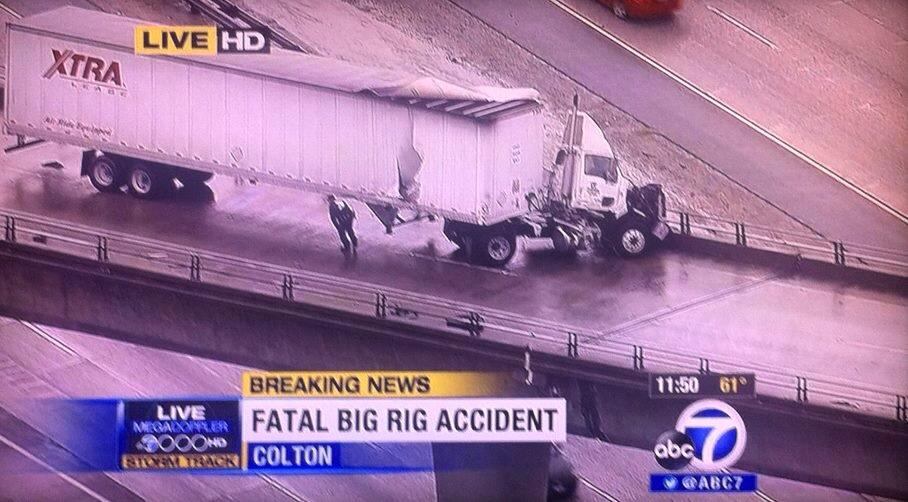 On 2/28/14 at 10:45 AM Tobias Gonzalez Lezama, a 43 year old resident of Escondido, was driving a semi-truck with trailer, westbound on Interstate 10 overpass off ramp to the Interstate 215. The semi struck the overpass guard rail. The driver received traumatic injuries and was pronounced dead at the scene. The California Highway Patrol Inland Division (San Bernardino) is investigating this incident.

The driver of a big rig died on Friday after being thrown from a ramp on the 10 Freeway in Colton. The incident happened sometime before noon on the westbound 10 connector to southbound 215 in San Bernardino County. The unidentified victim was ejected from the truck when the vehicle jackknifed on the ramp and hit a guardrail. The driver then plummeted several dozen feet to road below and was pronounced dead at the scene.

“So sad this was a truck from the USPS Redlands Distribution Center. They think he jumped outta the truck thinking it was gonna go over side. Prayers to his family”, stated VVNG member Amy Streeter Rodriguez.