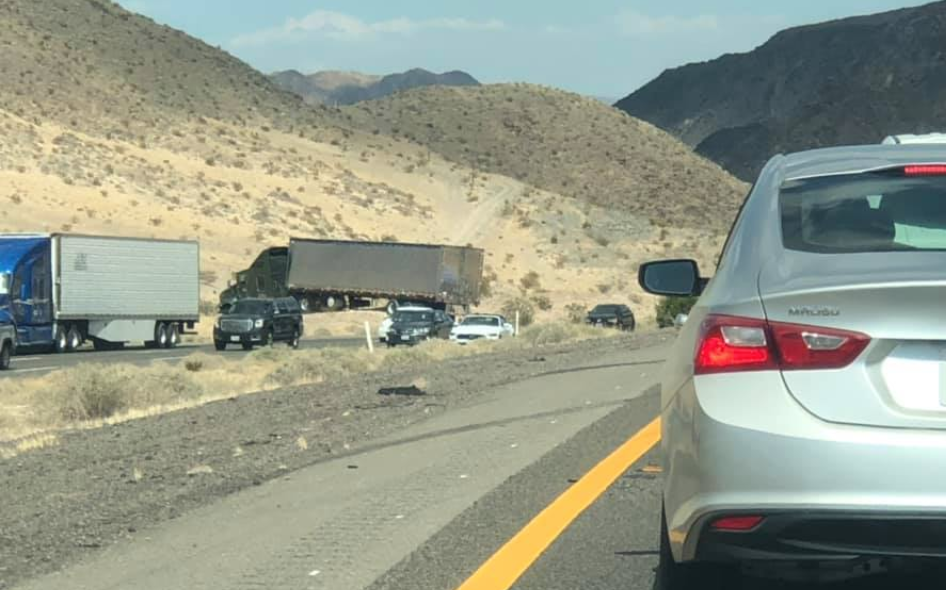 BAKER, Calif. (VVNG.com) — A tractor-trailer on the I-15 crashed through the center divider and into oncoming traffic causing a major crash on Saturday afternoon.

At about 3:00 pm San Bernardino County Firefighters were dispatched to a multi-vehicle traffic collision with extrication.

According to the California Highway Patrol incident logs, a tractor-trailer traveling on the southbound I-15 crashed through the center divider and struck multiple vehicles. The semi came to a stop on the right shoulder of the NB side and is blocking the no. 2 lane.

County fire tweeted about the incident and said the sei collided with 4-8 vehicles after crossing the center divider.

One person was ejected and another was trapped inside a white Ford SUV and required extrication, scanner traffic reported.

According to the CHP logs, one of the parties involved in the crash suffered a heart attack.

Three medical helicopters were requested to land at the scene and transport three people with critical injuries to trauma centers.

The crash prompted officials to shut down the northbound side of the I-15.

Victor Valley News Group member Tammy Mohatt was stuck in the traffic and went live in the group. In her video motorists were seen standing outside their vehicles and chatting with each other about the incident.

The official cause of the accident is under investigation by CHP.