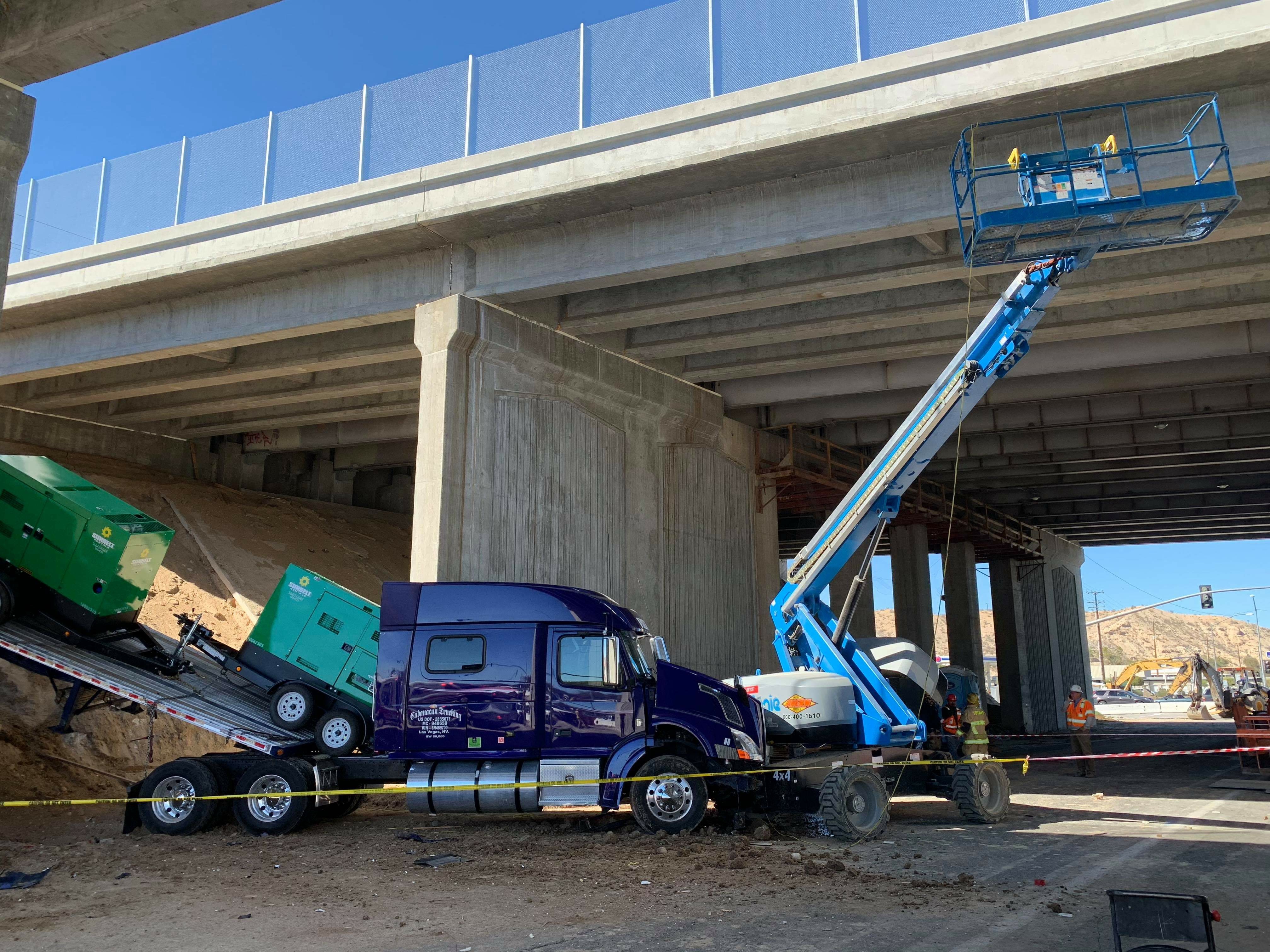 VICTORVILLE, Calif. (VVNG.com) — A semi at the top of the southbound I-15 near the D Street reconstruction work site drove off the freeway and onto D Street.

It happened at about 1:23 pm, on Friday, October 19, 2018, and involved a tractor-trailer transporting four industrial-sized generators.

For reasons still unknown, the semi that was at the top of the I-15 rolled down the dirt slope along the freeway and struck a boom lift with two operators in it on D Street underneath the bridge.

According to County Fire Captain Jeremy Kern, the driver of the semi was not injured and two on-site workers who were on top of a lift were transported to a local hospital with minor injuries.

“They were not thrown from the lift and did not fall. But were in it at the time of impact,” stated Kern.

The exact cause of the accident remains under investigation by the California Highway Patrol – Victorville Office. 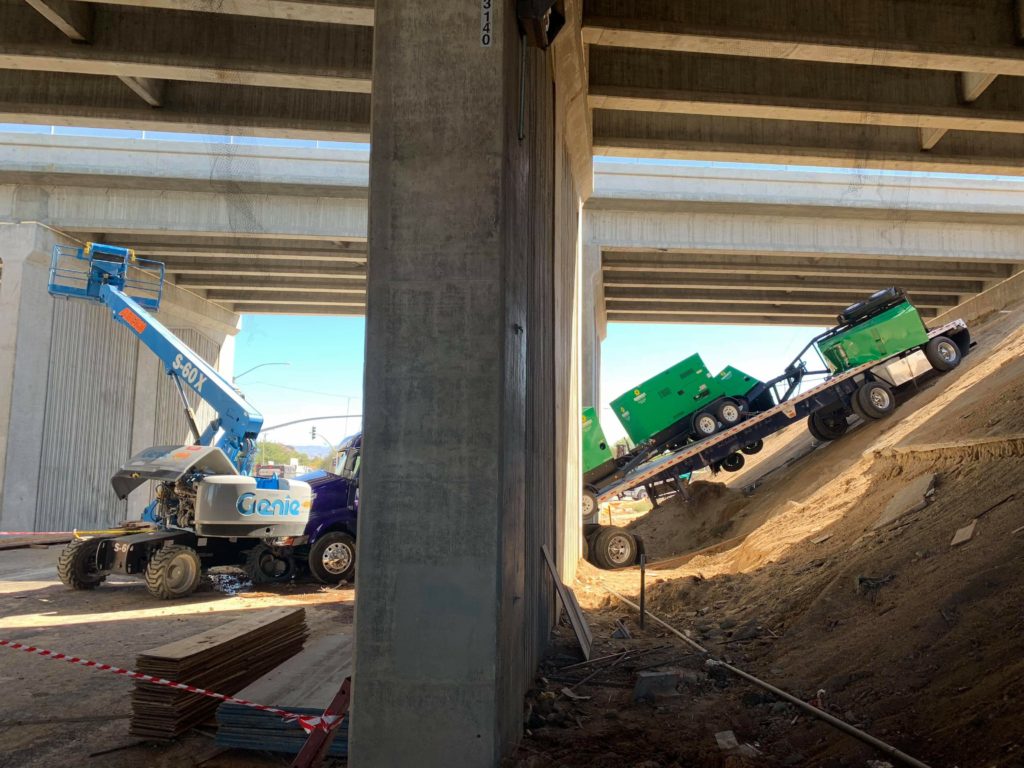