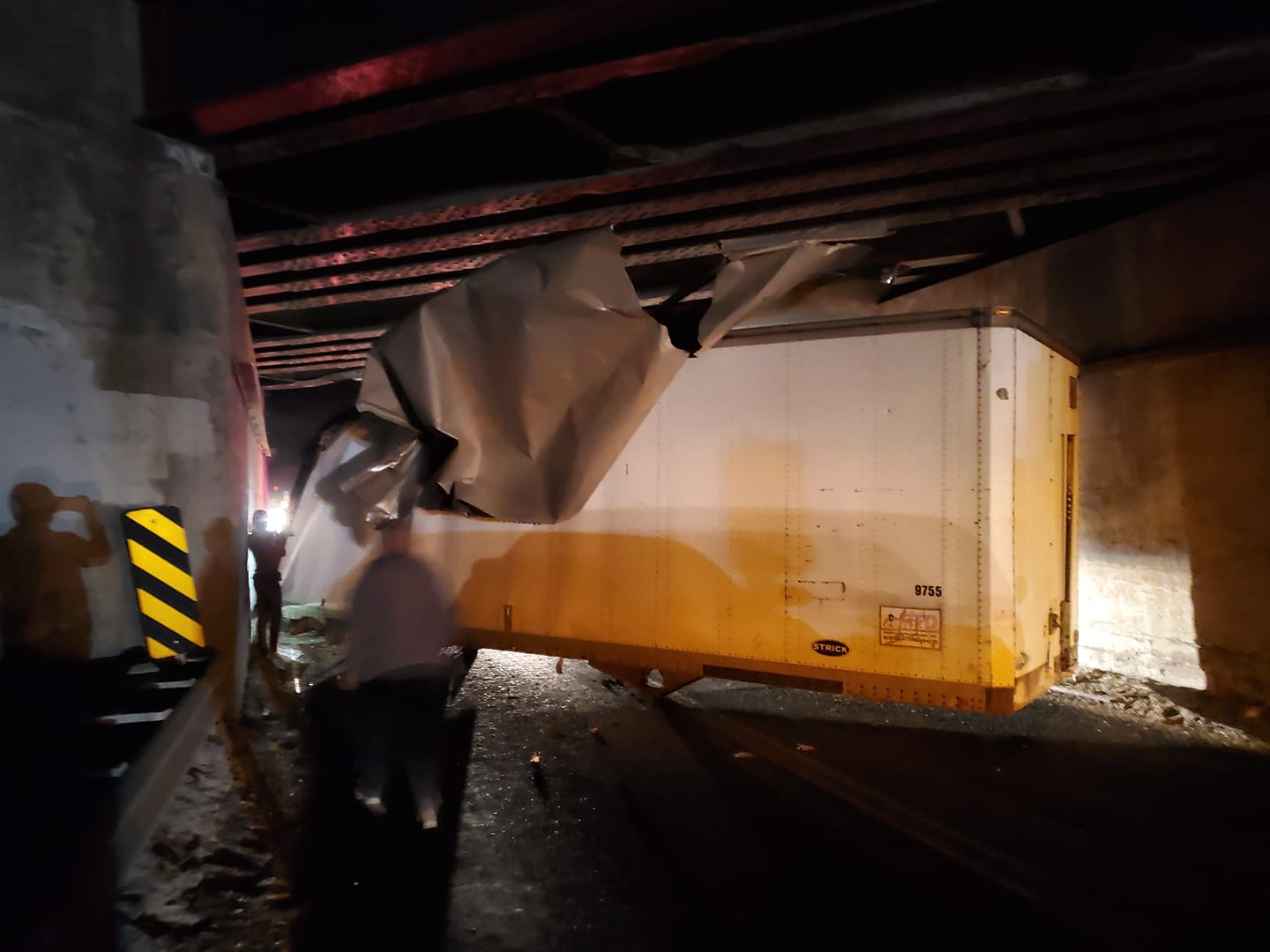 ORO GRANDE, Calif. (VVNG.com) — No injuries were reported after a semi crashed into the Oro Grande bridge Saturday evening.

It happened at about 6:24 pm on National trails Highway near Mill Street.

According to Shasta Spencer who witnessed the crash, the semi was traveling towards Helendale and the trailer was too large to fit under the bridge.

According to unconfirmed reports, the truck fled the scene leaving behind only the trailer wedged underneath the bridge.

Shasta said a 2nd collision occurred as her husband was out checking to see if anyone was hurt. A small sedan coming from Helendale crashed into the trailer. Shasta said the occupants weren’t injured.

BNSF advised they would send a technician to evaluate the integrity of the bridge as well as possible damages.

The roadway reopened by about 7:40 pm, per the logs.

The California Highway Patrol Victorville Station is investigating the collision. Additional information will be updated as it becomes available.