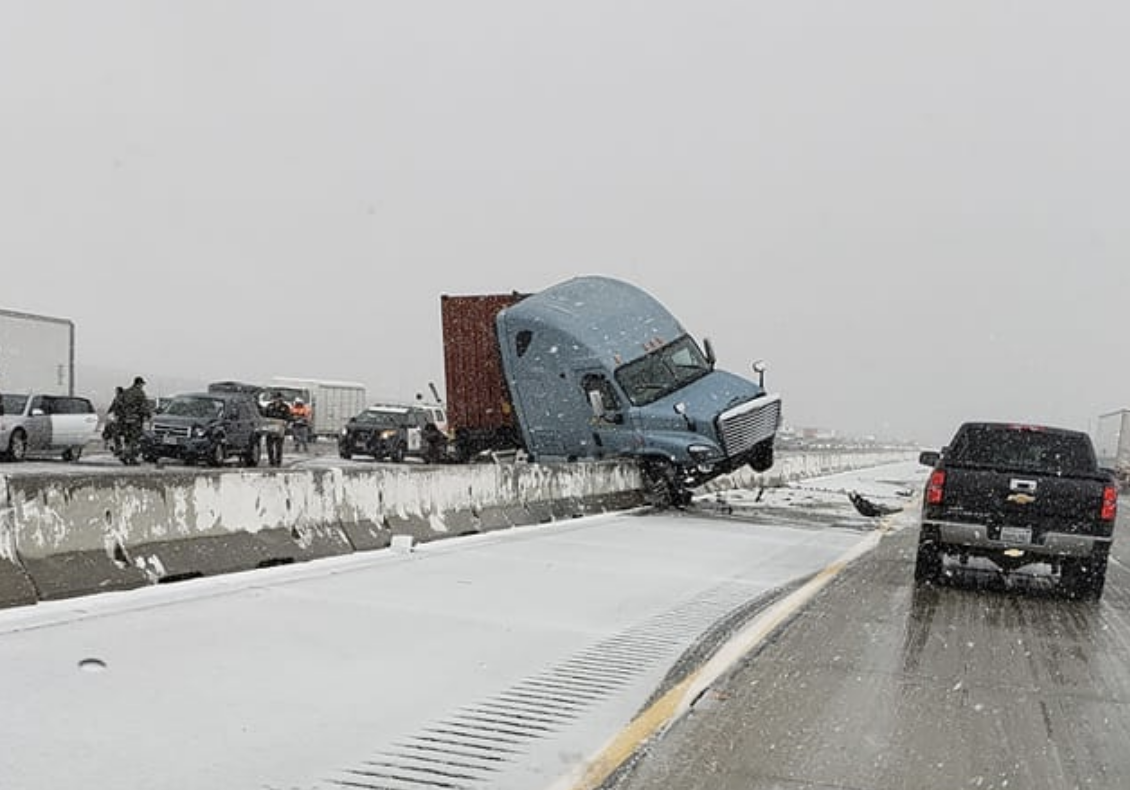 BARSTOW, Calif. (VVNG.com) — Authorities are working to quickly clear up a crash that left a semi lodged over the center divider on the 15 freeway near Lenwood.

Victor Valley News Group member Tom Holden posted a photo showing the cab of a blue tractor-trailer lodged over the concrete k-rail in the center divider. Tom said the truck was heading southbound prior to the crash.

According to CHP incident logs, a fuel tank on the semi will need to be offloaded prior to being moved.

Several other vehicles were also reported to be involved in a chain reaction crash, however, an exact total was not immediately available.

Information on possible injuries or if snow or rain were a contributing factor in the crash.

#SBCoFD dealing with several traffic collisions due to weather. CHP advising hard closure of interstate 15 north & south between Baker and Nipton. Also closures to Hwy 18 going to Big Bear from Lucerne due to snow and ice. Use caution. Krn pic.twitter.com/6GcQ802mtQ