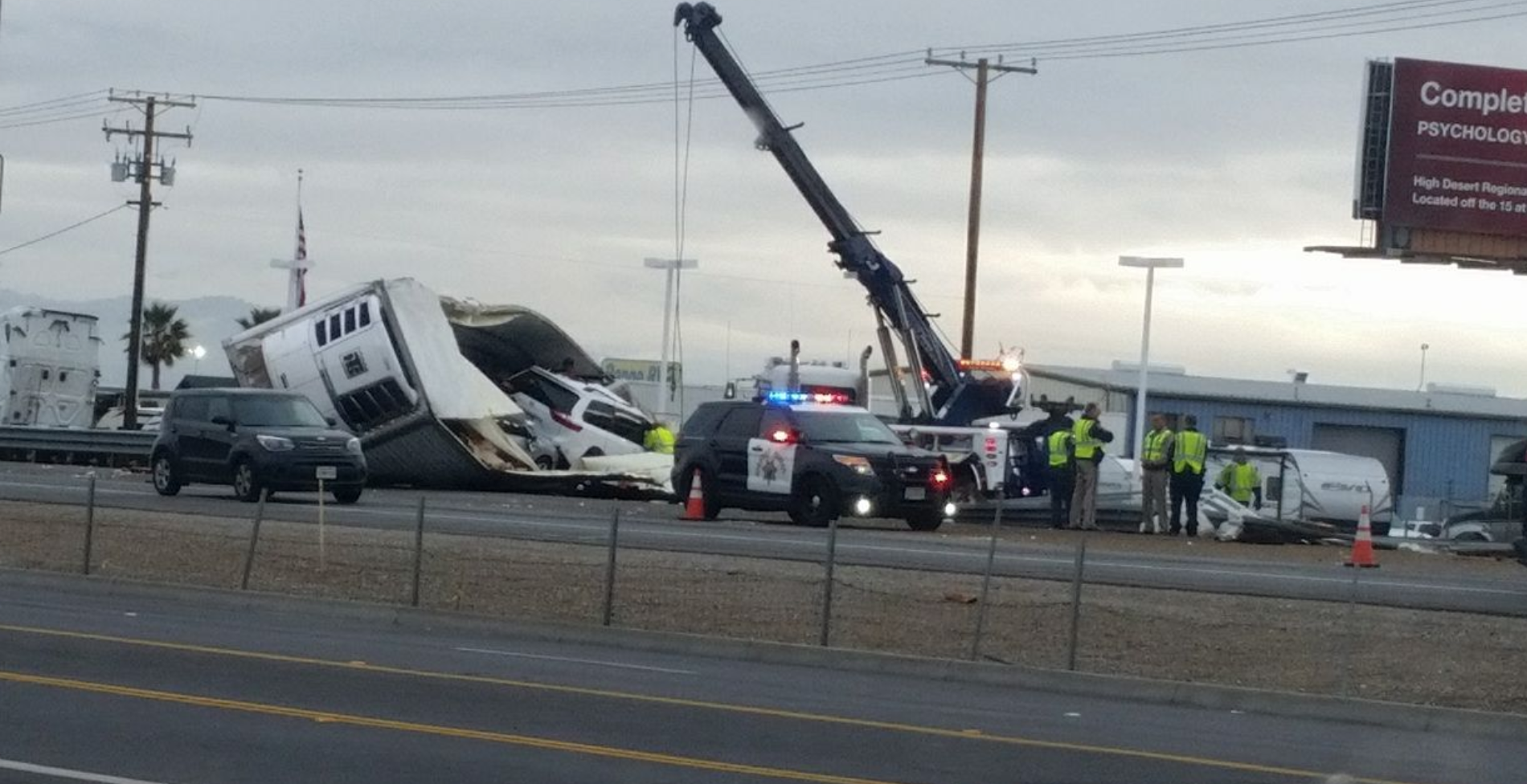 VICTORVILLE, Calif. (VVNG.com) — Traffic on the I-15 freeway through Victorville remains at a crawl after the driver of a semi fell asleep behind the wheel early Sunday morning, officials said.

At 5:20 am, Officers with the California Highway Patrol responded to the northbound 15 freeway, south of Bear Valley Road reference a semi into the center divider.

Upon arrival, officers located a tractor-trailer on its side with the trailer in the northbound side blocking the fast lane and the slow lane on the southbound side.

According to the CHP incident logs, the 53-ft trailer with two vehicles inside separated from the cab causing extensive damage to 100 feet of guard rail along the center divider.

CHP Officer M. Mumford said,  the crash was caused when the driver of the semi fell asleep and drifted to the right shoulder. “Once he woke-up he cranked the wheel to the left and went across all lanes of traffic before hitting the center divider and flipping over,” stated Mumford.

Moments after the initial semi crash, a separate collision involving two-vehicles occurred, however, no injuries were reported in either of the collisions, officials said. 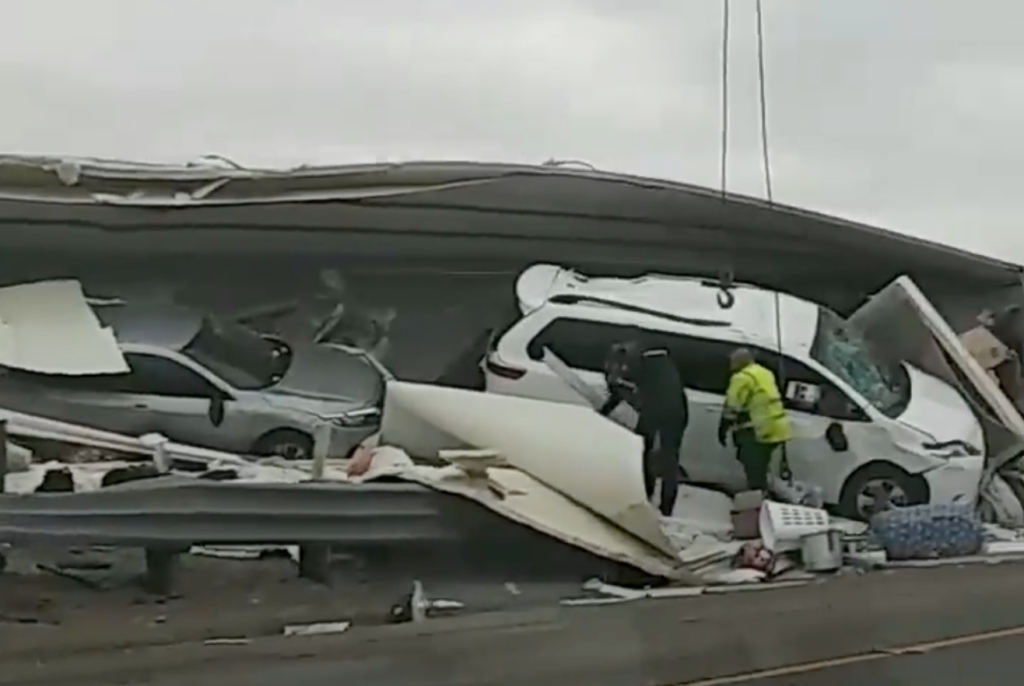 Cal-Trans and other emergency personnel are on scene and have closed down one northbound lane and 2 southbound lanes as they continues to clear the crash. The lane closures are expected to remain in effect for several hours.

Motorist traveling through the area are experiencing a 15-25 minute delay as they travel through that accident scene in Victorville.

For the latest news in real-time join the conversation in our Facebook group with over 110K members Victor Valley News Group.