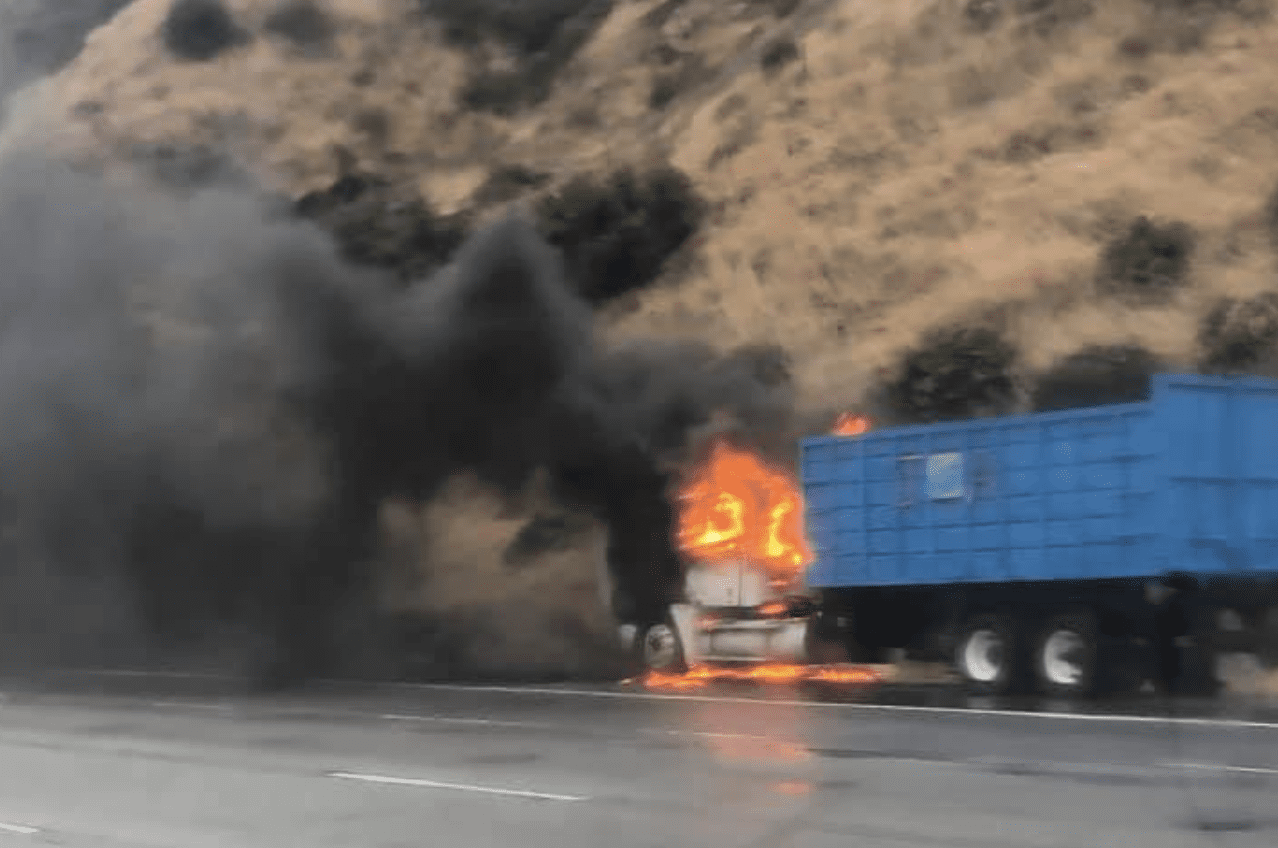 CAJON PASS, Calif. (VVNG.com) — Fire crews responded to a semi fire on the northbound I-15 freeway in the cajon pass Thursday morning.

According to the California Highway Patrol incident logs, at about 7:03 am, a semi truck with the hood open and flames coming from the motor was reported on the right shoulder, just north of Cleghorn Road.

Firefighters arrived on scene and located the cab of the trash truck fully engulfed in flames with minor exposures to the trailer and the nearby vegetation.

Rainfall in the cajon pass helped in keeping the fire from spreading. The fire was reported to be knocked down by 7:23 am, scanner traffic reported.

No injuries were reported and CHP is handling the investigation.