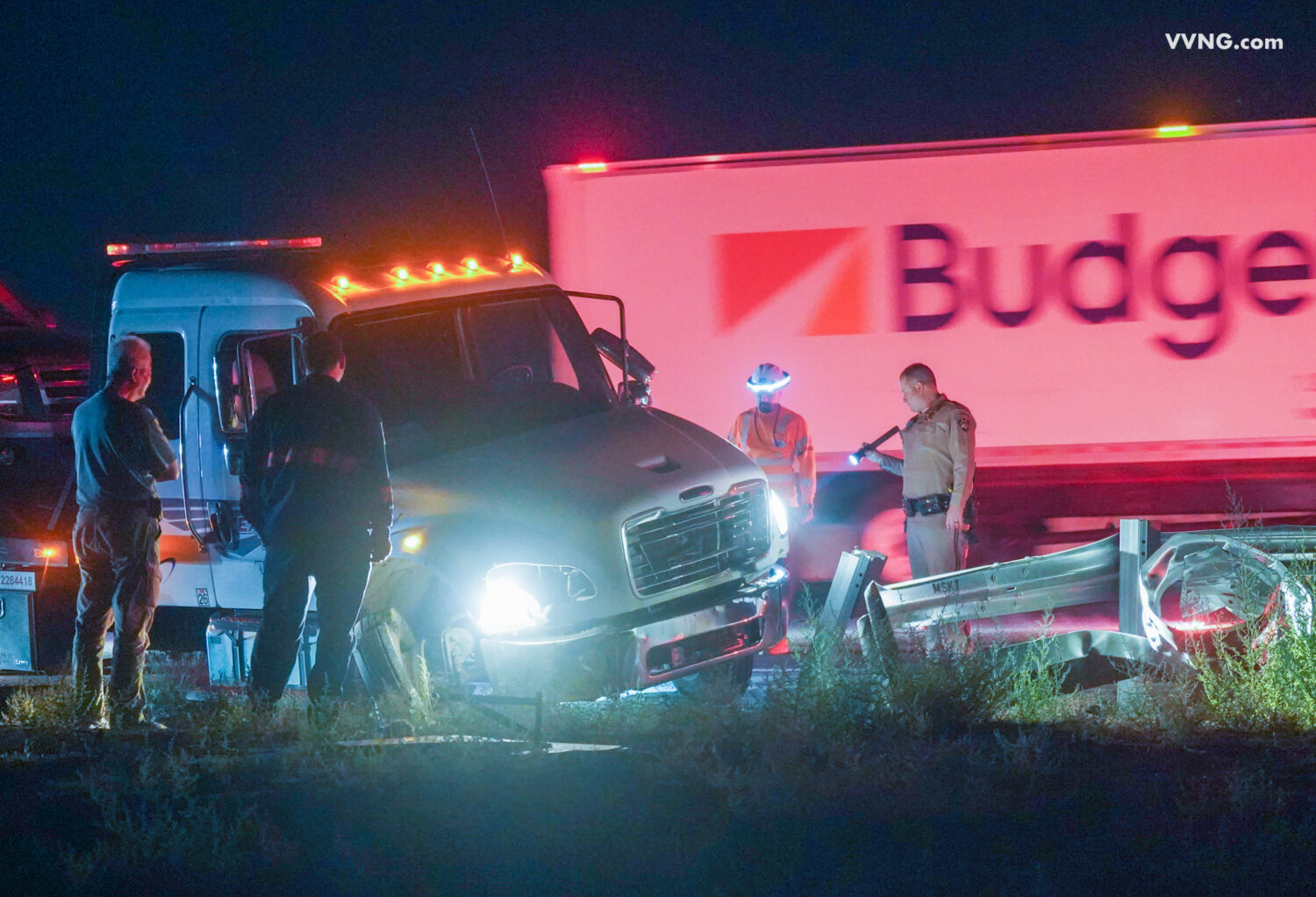 HESPERIA, Calif. (VVNG.com) — A crash between a semi and a tow truck in Hesperia caused traffic on the southbound I-15 to back up for many miles Tuesday night.

A tractor-trailer registered to R&B Logistics and an Air Expressway tow truck were traveling side-by-side when the semi drifted into the path of the tow truck and caused it to crash into the guardrail.

CHP Officers temporarily stopped traffic on the SB I-15 for approximately 25 minutes while they investigated. The tow truck sustained moderate front-end damage and there was no visible damage to the semi.

No injuries were reported and the Victorville CHP station is handling the investigation.

Related Topics:15 freewayaccidentCrashsafety
Up Next