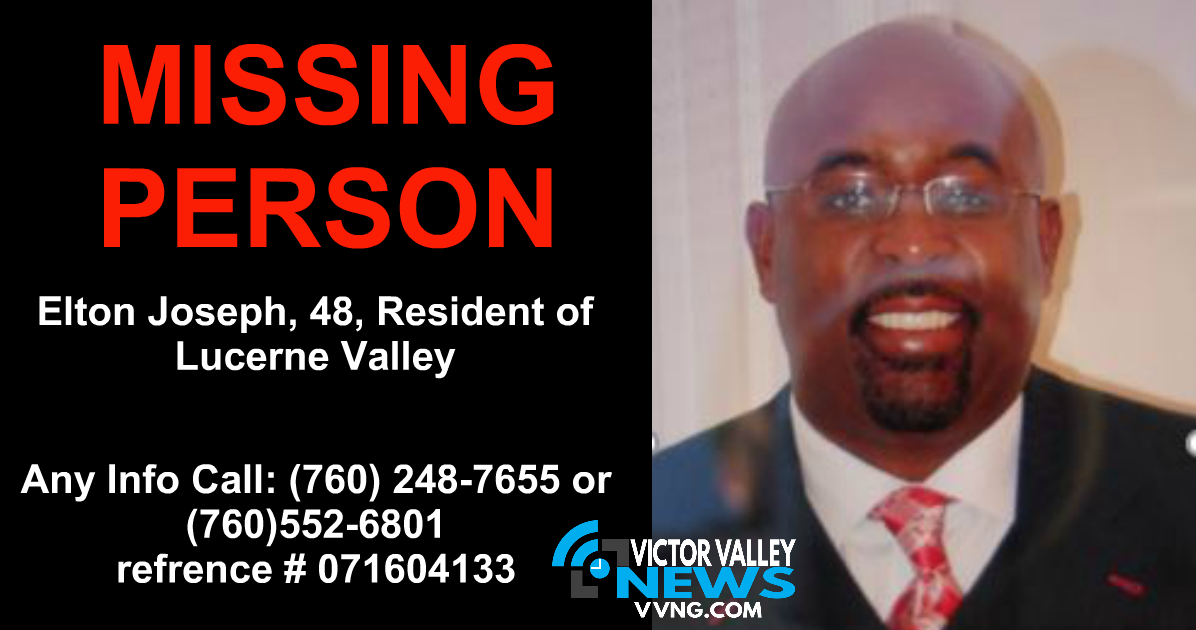 LUCERNE VALLEY, Calif. (VVNG.com)- Investigators are asking for the public’s help in locating a 48-year-old missing man from Lucerne Valley.

According to authorities, Elton Joseph was last seen on December 11, 2016, when he walked away from his home in Lucerne Valley. Mr. Joseph has not been seen or heard from since.

There is no evidence of foul play and Investigators are asking for the public’s assistance in locating Mr. Joseph.

Anyone with information wishing to remain anonymous can contact: WE-TIP HOTLINE 1-800-782-4763 – www.wetip.com

Man Accused Of Having Sex With 11-Year-Old Girl

Father Arrested For Punching Daughter in the Face