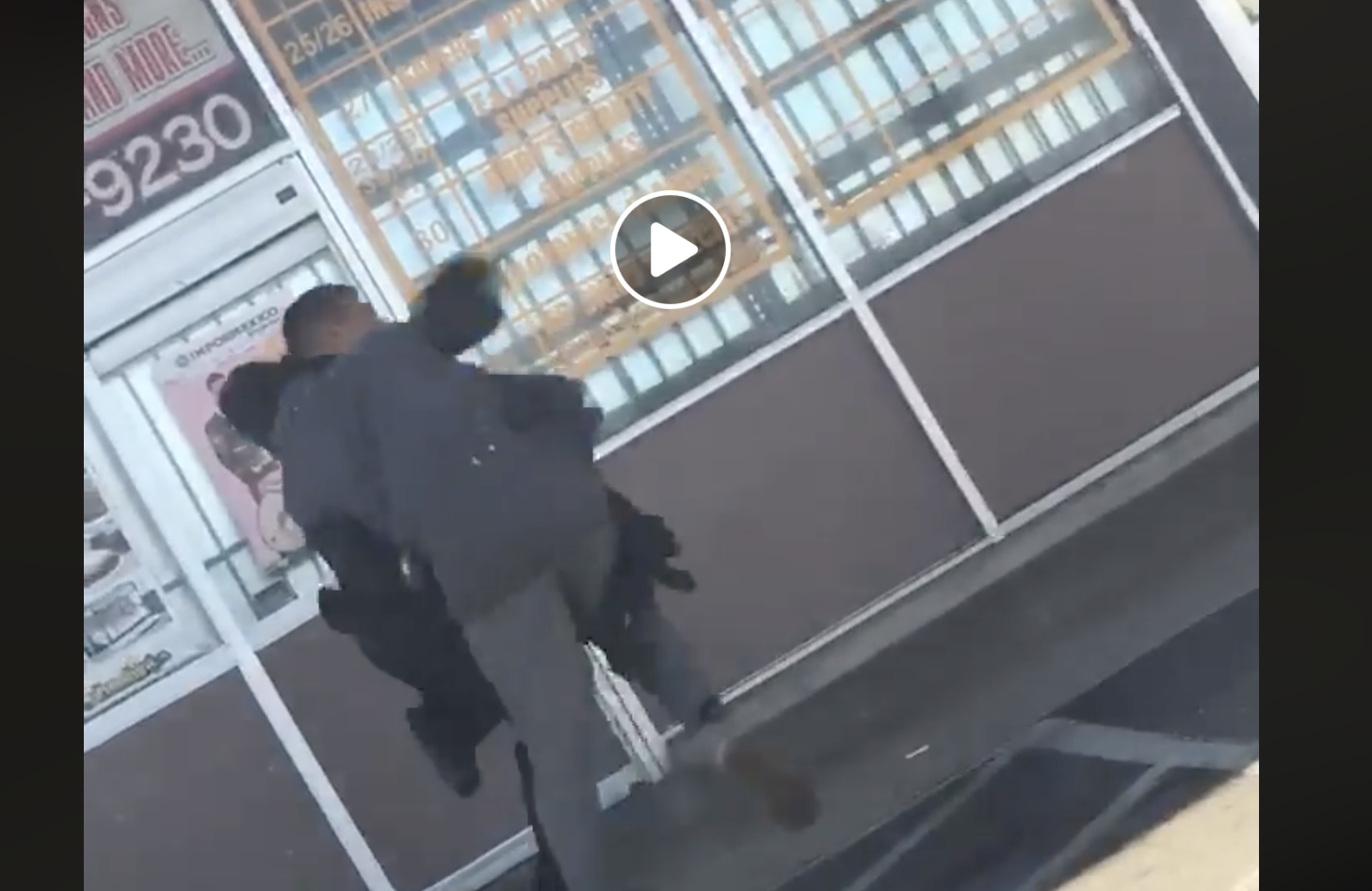 VICTORVILLE, Calif. (VVNG.com) — A four-minute-long cell phone video captured an altercation that quickly turned into an assault on a security guard in Victorville.

The video taken by Kyla Wyla was published to Facebook nearly 24 hours ago and has been viewed over 3,600 times.

Sheriff’s Spokeswoman Mara Rodriguez said deputies responded to the location for reports that a security guard and an unknown male were involved in a physical altercation.

“Apparently the male subject, Christopher Garland Greene, a 23-year old transient, was inside the Indoor Swap Meet and some type of argument took place with the guard,” stated Rodriguez.

According to Rodriguez, the suspect attempted to leave the store with property belonging to the guard and the altercation continued out into the parking lot.

In the video you can see the suspect standing near the front door of the business and pepper sprayed by the security guard multiple times.

About 40-seconds into the video, Green is seen charging at the security guard and punching him several times before he is wrestled to the ground.

“The guard deployed pepper spray while trying to defend himself and detain Greene. When deputies arrived, Greene was detained and all property was returned,” stated Rodriguez.

Rodriguez told Victor Valley News the guard did not desire prosecution or a report be taken.

Greene was arrested and book on an outstanding warrant for possession of unlawful paraphernalia.

According to public arrest records, Greene is no longer in custody and has no scheduled court appearances.

Earlier in that day at about noon, deputies responded to the same parking lot for a subject that had been detained by a security guard.

“When they arrived, the guard had Timothy Thompson, a 36-year old transient, detained and in handcuffs. The guard told deputies Thompson had been going through the parking lot attempting to remove license plates from vehicles and attempting to get into unlocked vehicles. The guard advised Thompson he had to leave the property but he refused,” stated Rodriguez.

The area around 7th and La Paz has seen a noticeable spike in homeless over the years with homeless tents popping up in many locations.