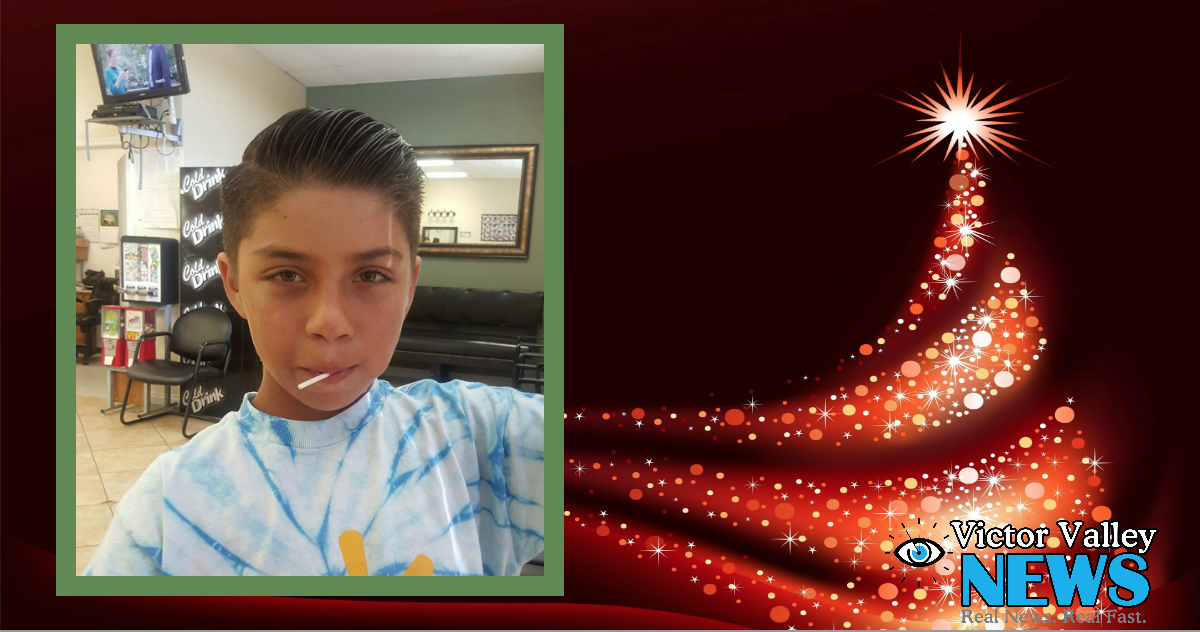 APPLE VALLEY, Calif. (VVNG.com) A Victor Valley mother was expecting to surprise her son for Christmas with a special gift this year but got an unsuspected surprise of her own all thanks to a complete stranger who picked up her layaway tab and paid it off.

Gina Mahfouz had picked out a motorized dirt bike for her son this Christmas. For the first time this year, she used the layaway system to pay it off over time. She says affording to pay it off in full was tough due to some bills that came up.

“We didn’t have the funds to pay for the whole bike at the time,” said Mahfouz, who was getting the gift for her 9-year-old son Matthew who she says has a caring and giving heart at such a young age, “I wanted to give him something he wanted this year.”

It was the last day to pay off the bike, but she wasn’t going to have the funds until Thursday, so she went down to Walmart to make an arrangement. That’s when she found out a Good Samaritan had paid for her layaway items.

“It was just a blessing, I always teach my son to help out and pay it forward. Matthew even donated a

Gina Mahfouz, and her son Matthew were ecstatic when a “Secret Santa” made their Christmas this year.

turkey and ham for Thanksgiving to a family in need, and I think it came back to him,” Mahfouz said through tears.

“I believe it was faith because of God, he’s 9-years-old and he’s helping others out, and he got blessed in return.”

At the Apple Valley Walmart, located on Highway 18, Layaway Angels have paid other orders, and the Good Samaritan just wanted to be identified as “Secret Santa.”

“I never ask for anything, and I always try to give never expecting anything back, and I will continue paying it forward,” Mahfouz said, “It was such a blessing I can’t believe it happened to us.”