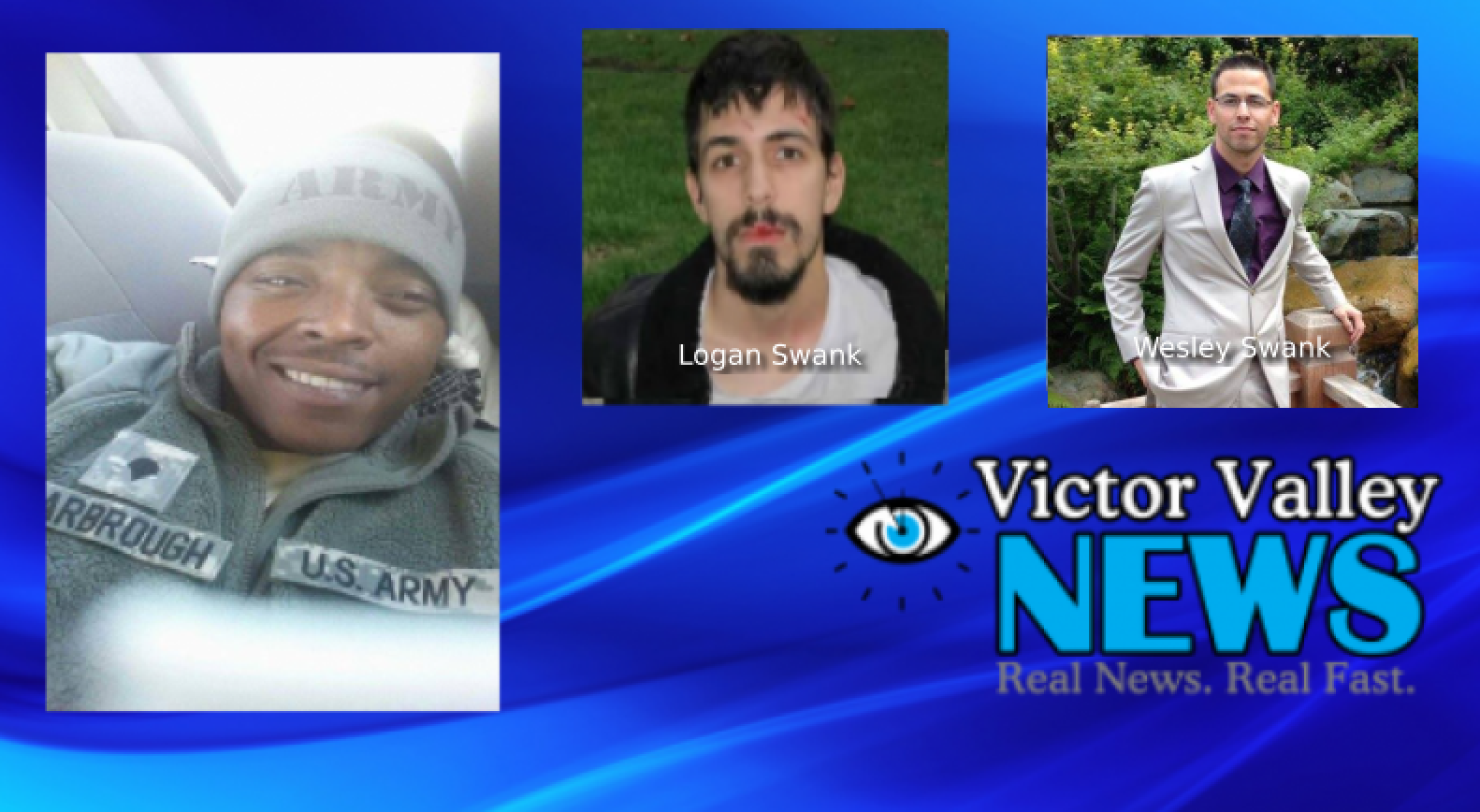 VICTORVILLE-(VVNG.com): Two of the three arrested in the connection with the murder of National Guard soldier, 31-year-old Daniel Yarbrough on Sept. 29, 2014 have been convicted. The motive of the murder, the collection of a life insurance policy that one of the three men, 29-year-old Wesley Swank made himself the beneficiary to.

On Tuesday, November 24th the younger of two brothers arrested for the murder of Yarbrough, 21-year-old, Logan Swank was convicted of both the attempted murder and the murder. The jury found Logan Swank guilty after a six-day jury trial. According to court testimony Logan Swank was expected to financially benefit for his role in the murder.

Wesley Swank, who like Yarbrough was also a Ft. Irwin soldier, is facing both murder and attempted murder charges. He is due back in court on December 11th according to court records. Wesley according to court testimony allegedly forged signatures to make himself the beneficiary of Yarbrough’s life insurance.

Wesley Swank then invite Yarbrough to his brother-in-law, Thomas Bradshaw’s apartment on the 16200 block of Muni Road in Apple Valley and as Yarbrough sat in his vehicle in front of the apartment, he was shot and killed.

Thomas Bradshaw, 24 during a October 7th hearing, as part of a plea bargain changed his not guilty plea on two charges of attempted murder pleaded no contest to a lesser charge of permitting another to shoot from a vehicle. These charges stemmed from the previous attempt on Yarbrough’s life while Yarbrough was sitting in the driveway of his home on September 17, 2014.

Bradshaw is due to be sentenced on January 8, 2016 at the Victorville Superior Court and Logan Swank is due for sentencing on February 19, 2016.

Although the Swank family children suffered severe abuse at the hands of their psychologist, substitute teacher and writer father, Richard Swank, sister Melissa Anderson told Victor Valley News, “I feel a deep love for all my siblings, I hurt for them. I wish I could have stopped their abuse. The deepest pain I feel is knowing how much my siblings have suffered, but there comes a point when a person must choose to rise above or sink to the level of their abuser.”

Melissa as well as the child suffering the brunt of the brutal abuse, Army Sgt. Michael Swank are highly successful as parents and in their chosen careers. Michael said in a February 2015 interview, “You can’t give up, it would be a lot easier to give up and give in. You have to take control of your life. You have to make the choice to rise above. You have two choices, play the pity card and live your life in a downward spiral until you yourself become a perpetrator or you can realize you have been through some pretty heinous stuff then realize that is not the end.”