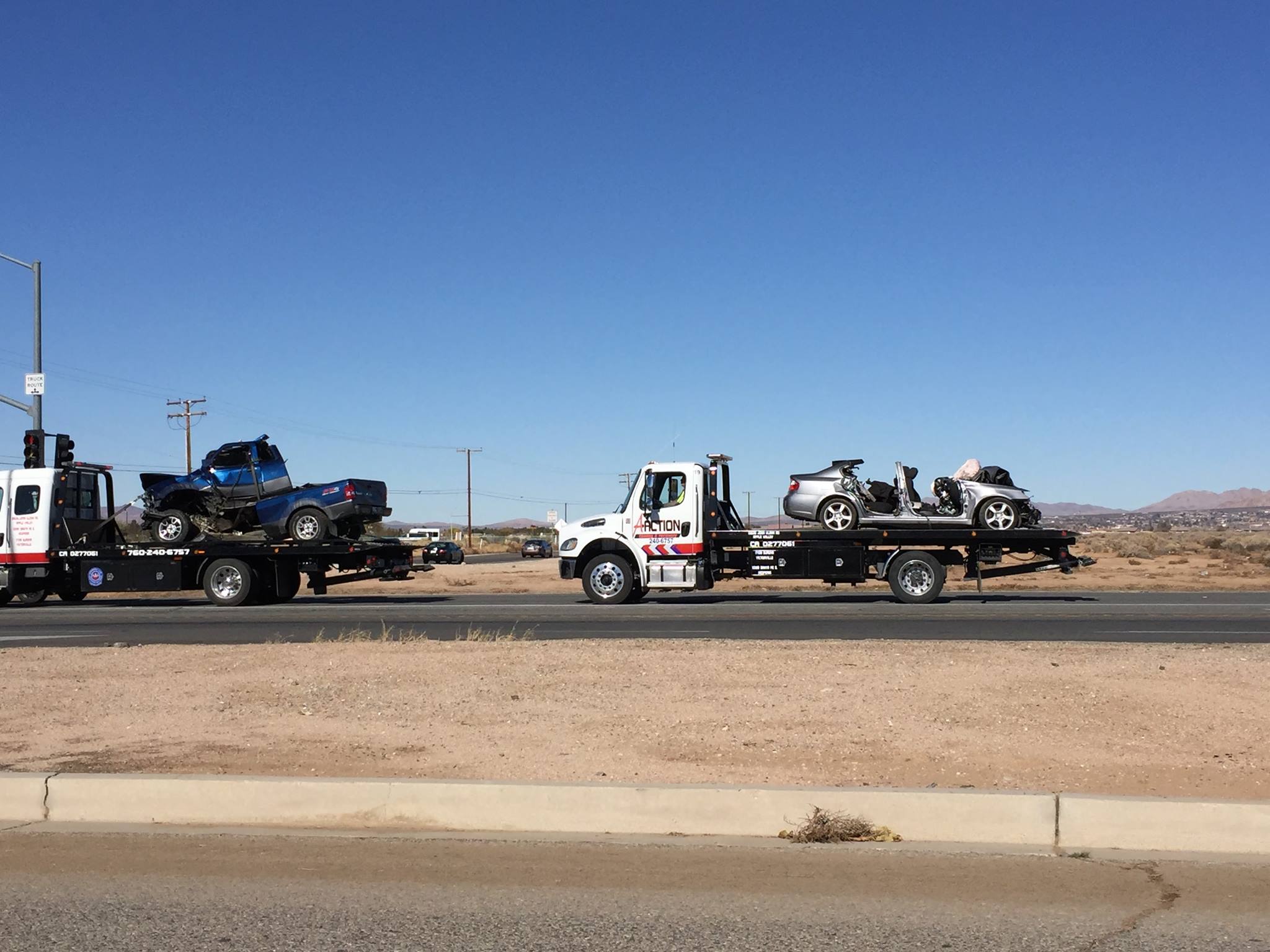 Authorities said that the driver of the Ford Ranger, an off-duty Big Bear Sheriff’s Deputy Stanley Conway was driving westbound on Highway 18 and lost control of his vehicle traveling into eastbound lanes subsequently hitting the Subaru Legacy head-on. The collision instantly took the life of a well-loved Big Bear woman, named Jimany “Jen” Misouk. Two others, the passenger of Misouk’s Subaru Legacy and the driver of the blue Ford Ranger pick up truck were severely injured requiring to be airlifted.

Deputy Stanley Conway was airlifted to Loma Linda Medical Center, his condition at this time is unknown. The passenger of the Subaru Legacy, 29-year-old Chris Lawson of Big Bear Lake was taken to Arrowhead Regional Medical Center. Lawson remained in a coma until the night of Wednesday, December 30th when he too has succumbed to his injuries.

A friend of Misouk said, “It is a very sad day for all of us, the officer that fell asleep behind the wheel has taken both their lives. Our hearts hurt for everyone including officer Conway.”

Authorities have not been able to confirm if the off-duty police officer fell asleep, ultimately causing the fatal crash. The official cause of the accident remains under investigation.