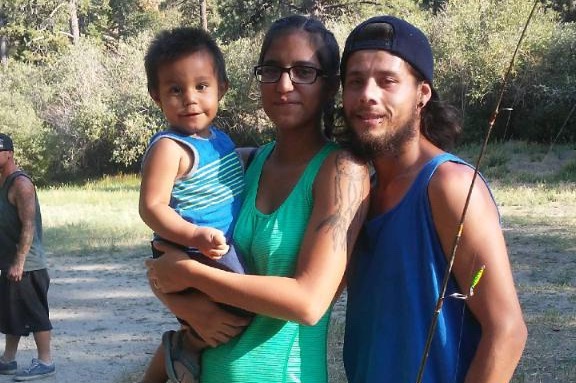 VICTORVILLE, Calif. (VVNG.com) — A  second person involved in the fatal crash that shut down Hesperia Road Saturday has died from his injuries.

The two car collision occurred around 12:01 AM, Saturday morning, when the driver of a Scion lost control of the vehicle while navigating through the curves in the roadway, spun out into the oncoming southbound lanes of traffic on Hesperia Road and collided with the front of the Chevrolet, causing major damage to both vehicles.

The driver of the Scion, Kainoa Kahai, 28, of Victorville was dead at the scene and the passenger, identified as Damian De Nunno, was airlifted to a trauma center in critical condition. The family says that he passed away with family at his side.

“Unfortunately, due to all of Damian’s complications caused by the accident his family had to make a tough decision of removing Damian from life support on Saturday night. Early Sunday morning August 12th at 2:45am Damian passed away,” the family confirmed in a GoFundMe.

Damian leaves behind his wife Sara, and his 2-year-old son, Kaleb. He is also survived by his mother, father, 4 brothers (1 being his twin brother) and 4 older sisters.

“Many know he and his family were a very close family and he will forever be missed but never forgotten,” a family member stated.

The family is seeking donations to assist with final expenses, and to help his immediate family he leaves behind.

“We would like to thank everyone for all the love and support through this difficult time, Damian touched many lives, and thank you to those who have already donated and we will be continuing to accept all and any donations. All donations will be going towards Damian’s funeral cost and the remaining will go towards his son Kaleb.
On behalf of the whole family, we thank you in advance,” the fundraiser account stated.

Those wishing to donate can do so via their approved GoFundMe account.