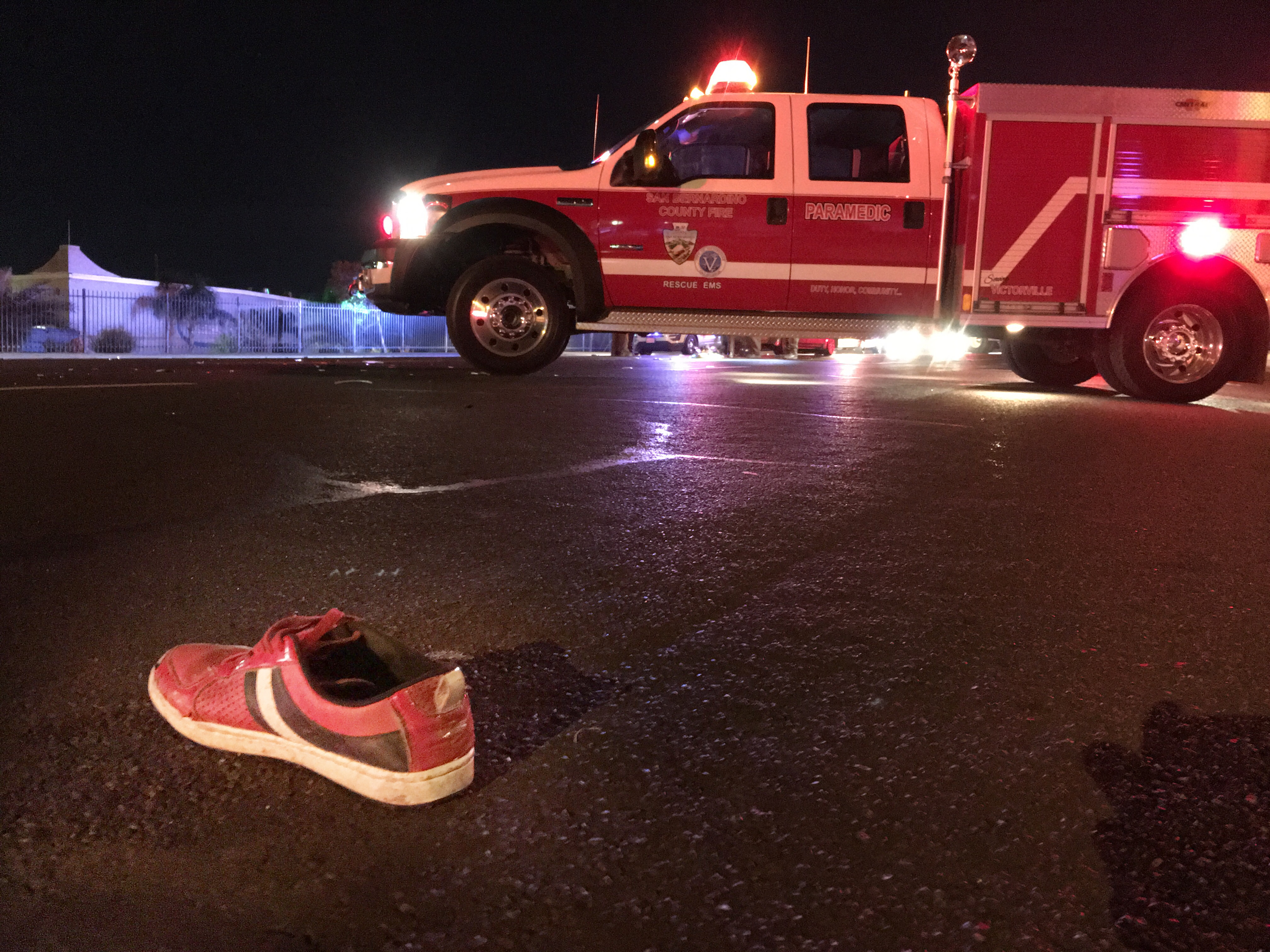 VICTORVILLE, CALIF. (VVNG.com)– A female was struck by a vehicle as she attempted to cross 7th Street, making it the second time tonight a pedestrian was hit by a car.

On Monday, November 14th at approximately 11:10 p.m. authorities were dispatched to 7th Street and Circle Drive near Winchell’s donut shop.

A male driver in a gray Nissan sedan was traveling westbound on 7th Street when he struck the pedestrian who was not in a marked crosswalk.

The pedestrian sustained major life-threatening injuries, and an airship was requested to transport her to Loma Linda University Medical Center.

The driver stayed on scene and fully cooperated with authorities.

7th Street will be closed from Victor Street to Circle Drive for an unknown duration of time while the scene is processed.

Earlier today in Victorville, a man was also struck by a vehicle as he attempted to cross the road that was not designated as a pedestrian crossing. His injuries were fatal and that driver was arrested for driving without a license.