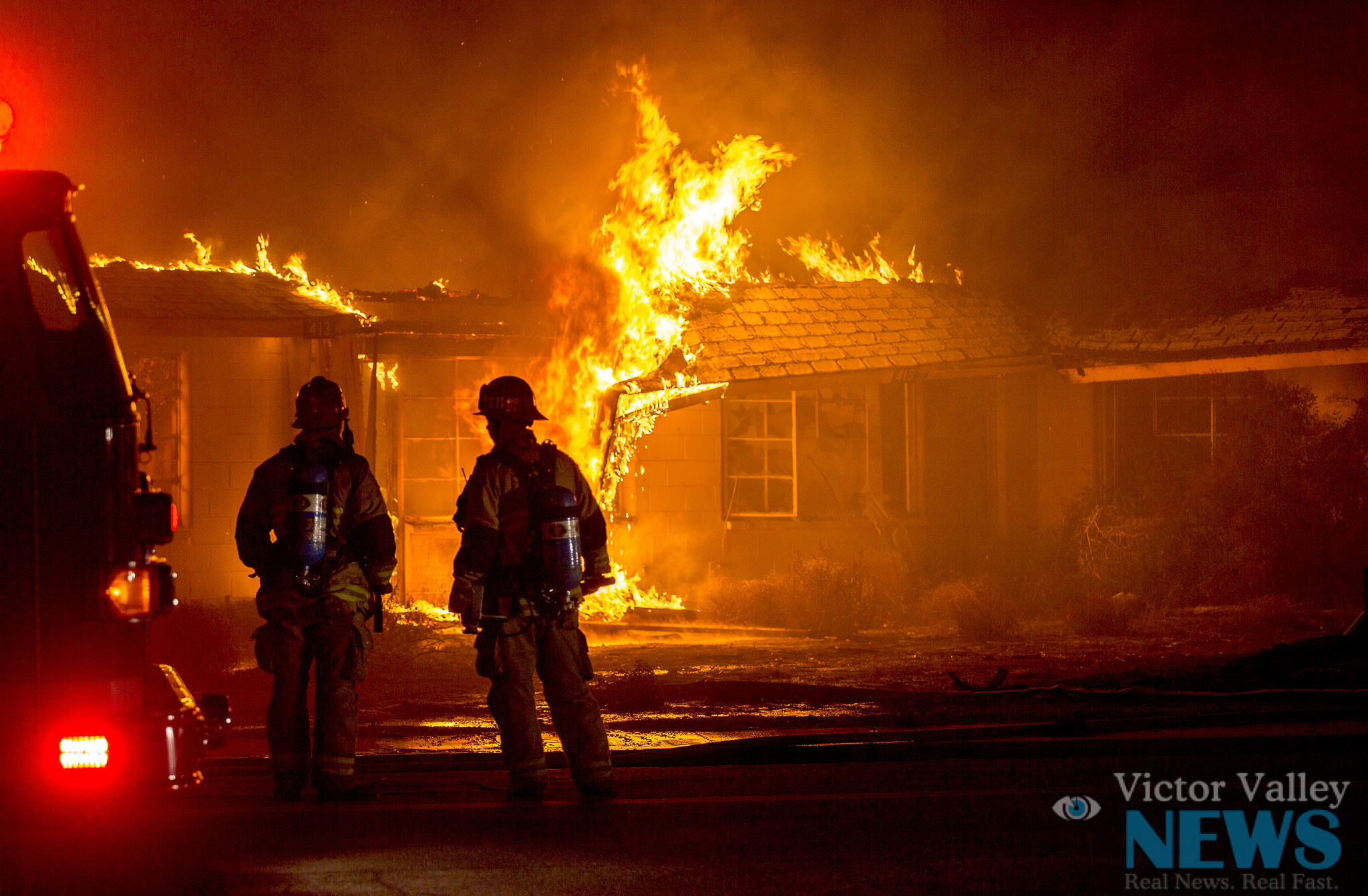 VICTORVILLE-(VVNG.com): Firefighters from the San Bernardino County Fire Department, for the second time this week responded to a fire at the old George Air Force Base.

The latest fire occurred Thursday night at about 8:15 p.m., upon arrival, firefighters found fire showing in the abandoned multi-family structure. They immediately went into a defensive attack on the dilapidated abandoned living quarters.

Battalion Chief Dan Mejia told Victor Valley News that nearly 20 fire personnel combated the blaze including three paramedic engines, one fire truck, one water tender, one crash truck, on paramedic unit, two battalion chiefs and one inmate fire crew. He said that both fires are under investigation since both are in the same general area and circumstances.

Firefighters were able to contain the fire just after 9:45 p.m. but firefighters remained at the scene for mop up for several hours. No injuries were reported as a result of the fire.

As we previously reported earlier this week, on Monday, January 18th firefighters responded to a very similar fire at the former base. The wind-driven second-alarm fire quickly spread to several abandoned structures.

The base has been closed since 1992 following the end of the Cold War. The Airforce base has been in the process cleaning contaminated soil since the 1980s after contaminates such as jet fuel, pesticides, paints and solvents spilled and leaked into the ground.

The base, located at 18374 Phantom Street, now is part of the Southern California Logistics Airport and has been a popular place for crowds to illegally visit at night claiming that the location is haunted.

Anyone with information in either of the fires can contact the San Bernardino County Fire Department at (909)356-3805.