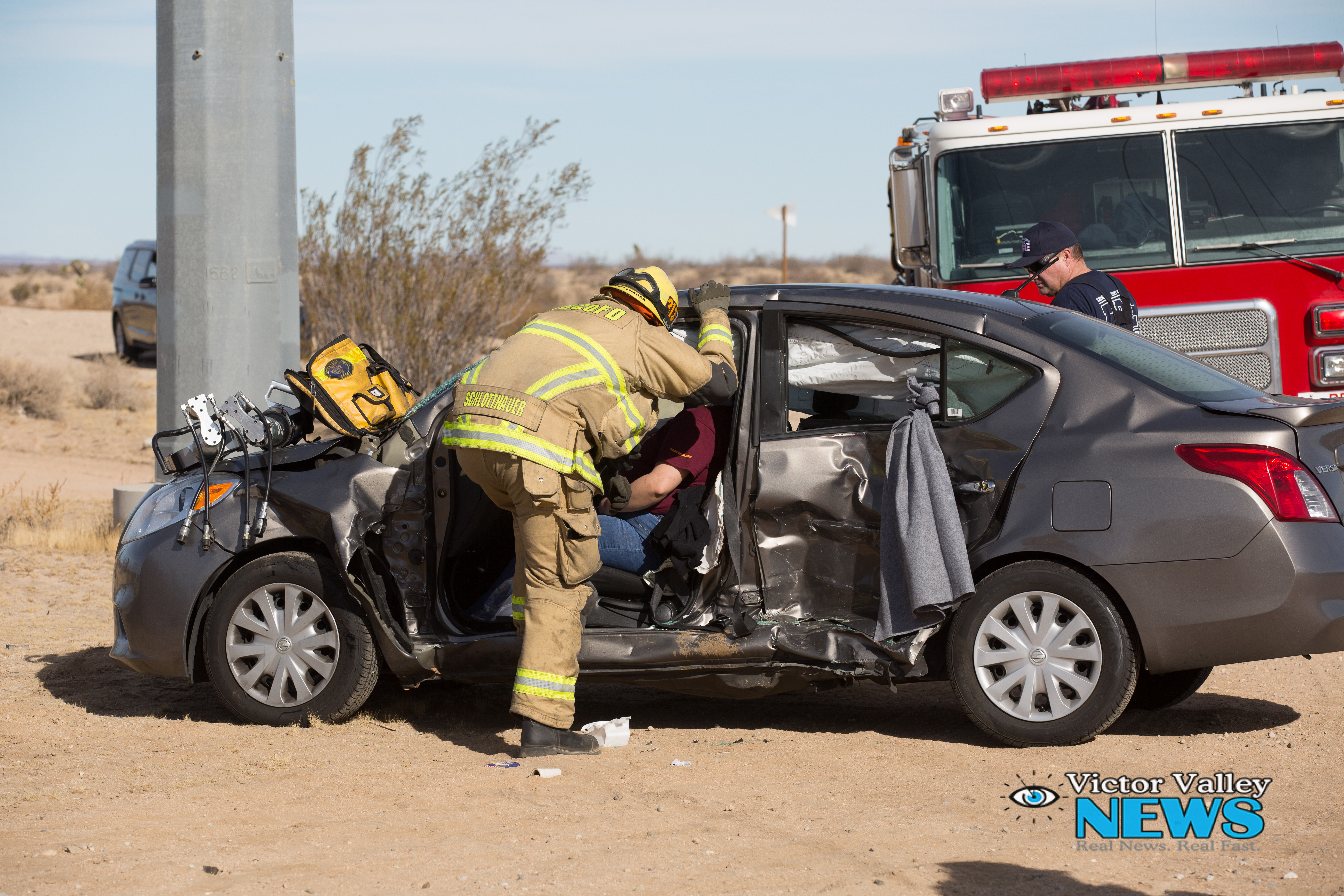 Adelanto, Calif. (VVNG) An accident occurred on Highway 395 at 10 a.m. Saturday morning, making this the second collision to take place today on the same highway and the fourth in just two days.

The accident occurred at the intersection of Colusa Road and Highway 395 and involved a red Dodge Ram 1500 and a gray Ford Fiesta.

“A Ford Fiesta traveling northbound on 395 went to make a u-turn on Colusa and made the u-turn in front of the red Dodge Ram. The Ram subsequently T-Boned the Fiesta and they ended up where they are now,” CHP Officer Pearch told Victor Valley News.

A total of three patients were transferred to a local hospital, two of which were in the Dodge Ram and the other from the Ford Fiesta.

Officer Gerrin Pearch would like to remind citizens to always check your surroundings when making a u-turn and ensure traffic is clear in both directions.