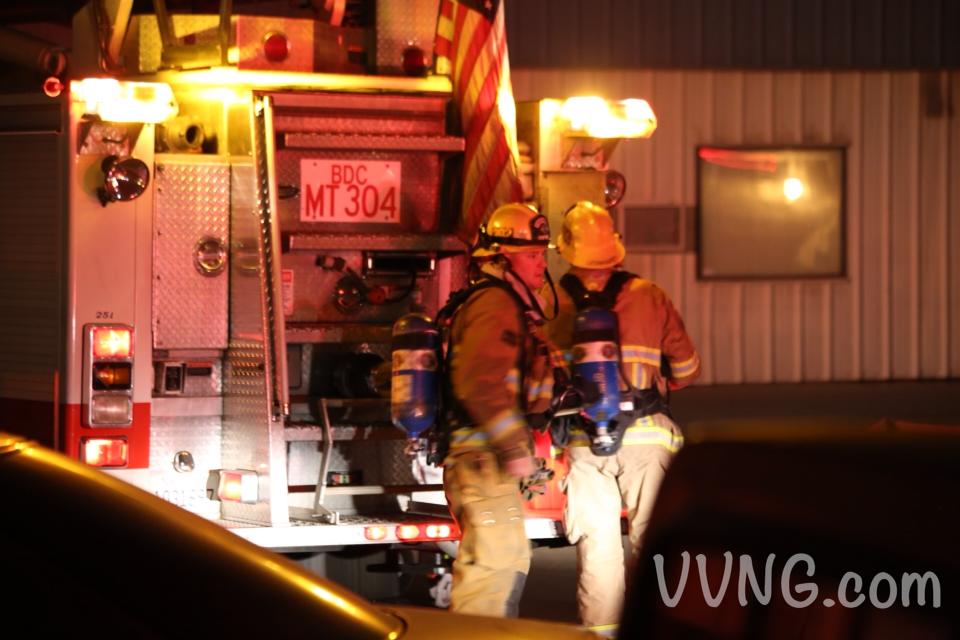 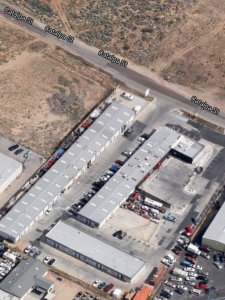 HESPERIA: The San Bernardino County Communications Center received a report of a fire in the 17400 block of Catalpa St. just after 6:00 p.m., in the City of Hesperia located inside a storage facility.

A first alarm assignment was dispatched to include 4 engine companies, a truck company, one medic ambulance and a battalion chief.

The first unit on scene found an approximately 20’ X 25’ end storage unit with heavy smoke coming from it. They aggressively began to fight the fire with the assistance of the truck company who gained access to the roof and began to vertically ventilate the fire. Due to the amount of fire and smoke and the possibility that the fire was spreading from within, a second alarm assignment was struck.

The fire was contained to the unit of origin which was completely destroyed to include its’ furnishings and personal belongings. Two other units sustained moderate heat, smoke and water damage as well.

It took firefighters approximately 30 minutes to get control of the fire and then approximately another 2 hours to completely overhaul and extinguish the contents that had burned.

An estimated $250,000 in damage to the contents and building is being made as well it should be known that an approximate $250,000 in contents was saved by the efforts of firefighters at the scene.

San Bernardino County Fire investigators were on scene and deemed the fire to have started with combustible materials near an operating space heater inside the unit. 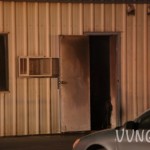 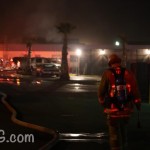 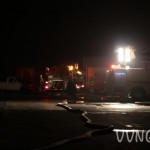 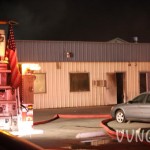 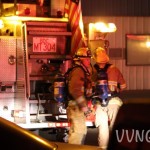 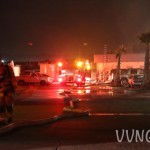