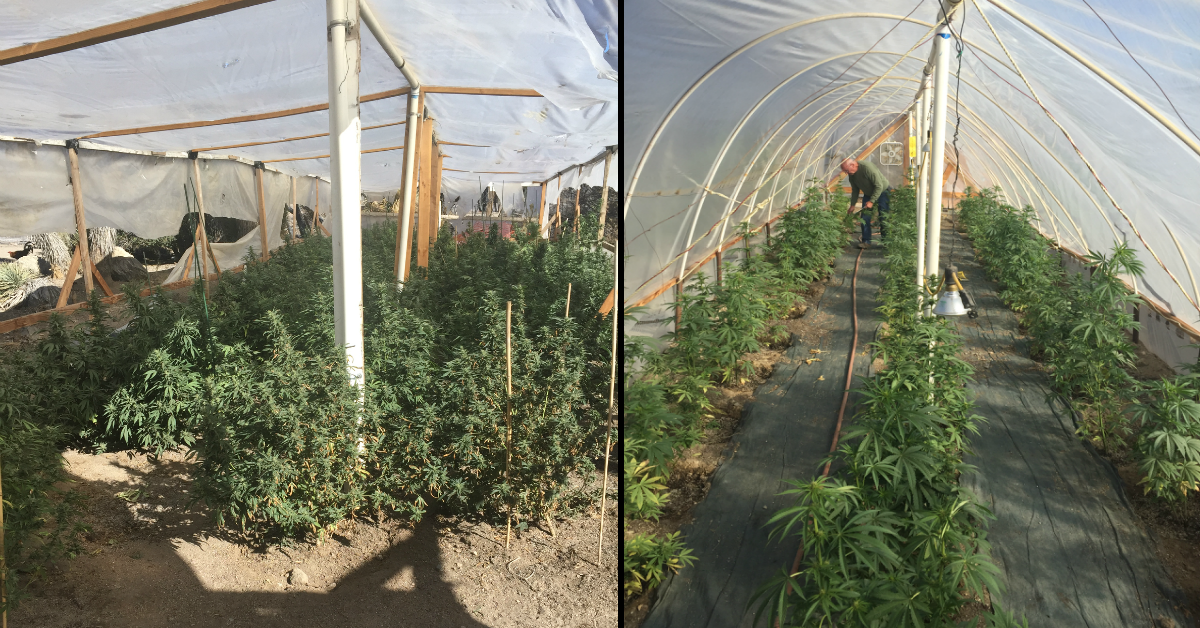 Over the past several years, organized burglary crews have been burglarizing cargo trains throughout Southern California, Central California, Arizona, and New Mexico. Electronic equipment, clothing, power tools, and other household items estimated to be worth thousands of dollars were stolen during these thefts. Several trains carrying these retail items have been burglarized within San Bernardino County. Most of the thefts occur while the trains are in rural areas between their destinations points. This presents an opportune time for the suspects to commit the thefts.

A search warrant leads to the seizure of over 450 marijuana plants, a handgun, and several items of stolen property.

Three of the five were detained at the scene without incident. Two suspects, Luis Torres-Uribe and Omar Trejo, attempted to flee on foot. With the assistance of the Sheriff’s helicopter, they were taken into custody after a brief foot pursuit.

The investigation resulted in the seizure of over 450 marijuana plants, one handgun, and several items of stolen property including flat panel televisions, air condition units, and designer clothing and footwear. The large amount of marijuana found and other evidence seized at the location suggests the suspects had no intention of abiding by California’s medical marijuana laws or local ordinances relating to growing marijuana for medical purposes. Investigators determined the marijuana cultivation operation was illegal and not in compliance with California medical marijuana laws and the County’s ordinance prohibiting outdoor marijuana cultivation.

The suspects were arrested and booked into the West Valley Detention Center. They will be charged with Cultivation of Marijuana. Their bail amounts are set $225,000. Additional charges of Possession of Stolen Property will be sent to the San Bernardino County District Attorney’s Office at a later date. The case may be sent to the United States Attorney’s Office at the conclusion of the investigation for a review of criminal charges against the suspects.

Anyone with information regarding the above investigation is urged to contact the Sheriff’s Gangs/Narcotics Division at (909)890-4840. Callers wishing to remain anonymous are urged to call the We-tip Hotline at 1-800-78-CRIME (27463) or you may leave information on the We-Tip Hotline at www.wetip.com.