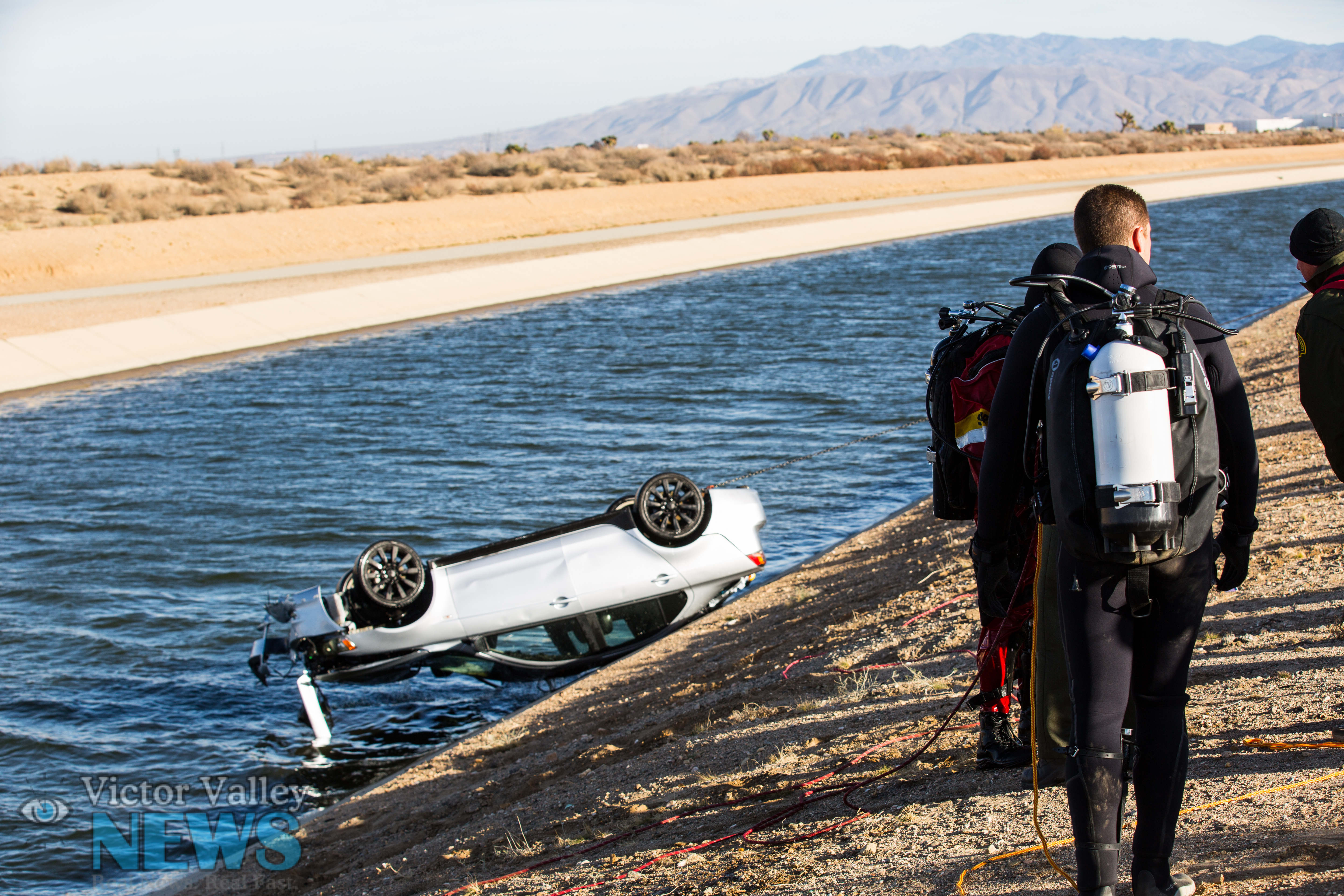 HESPERIA-(VVNG.com): Witnesses were only able to describe the experience of seeing a vehicle drive off Highway 395 between the area of Main Street and Bear Valley Road subsequently plummeting into the California Aqueduct as heart wrenching. The incident occurred on Wednesday, December 23rd just after 12:30 p.m.

The man described to be Hispanic and in his early-to-mid 20’s was able to exit the white Scion, but was unable to get out of the fast-moving water. Witness Chanea Reese, said she was so heartbroken and that she was unable to go to work after the experience. “The water was moving fast, he said he couldn’t swim. It was too fast for us to jump in and try to help,” she said.

Yuritzy Diaz said that her father was at the scene  with one of his workers when they seen the vehicle lose control going into the water. “They said once they got to the river they could see his arm splashing, but he was too far in and the water was moving rapidly.”

Oscar Piceno said that he walked alongside where the man was until he went under,”When I saw him pop up out of the water he said, “Help, I can’t swim!” I followed him trying to get other people’s attention to come help. He floated for like a 1/2 a mile then he just went down and didn’t see him any more.”

The Sheriff’s Dive Team as well as the Sheriff’s Helicopter were called in to conduct an extensive search. The approximate 45 mile per hour wind gusts made search efforts increasingly difficult. The San Bernardino County Sheriff’s Department public information officer, Karen Hunt said that the pressure in the aqueduct was temporarily shut off during the search. The search turned up with no results, and was called off in the evening, but will resume Thursday morning. 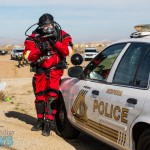 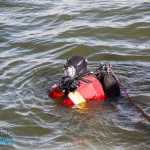 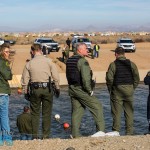 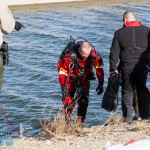 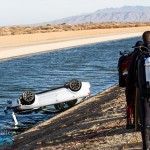 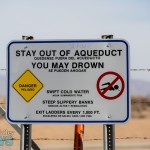