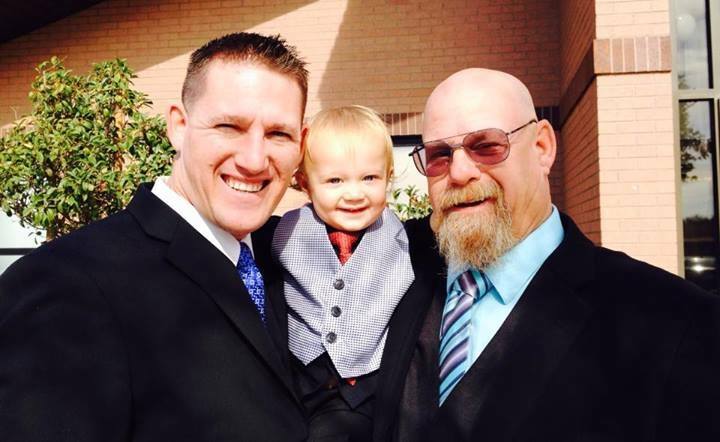 HESPERIA, CALIF (VVNG.com) – A family is feeling devastated as they continue to search for their loved one who disappeared after falling into the California Aqueduct.

At about 9:30 a.m. on Saturday, July 30th a reporting party called dispatch stating there was a male in the Aqueduct. Per scanner traffic, a motorist traveling on Main Street reported seeing a man bobbing his head up and down in the Aqueduct before disappearing under water.

When authorities arrived on scene they found the man’s dog Maximus all wet and muddy, pacing next to his owners silver Dodge Ram pickup truck. His two other dogs were inside the truck with the engine running. The truck was parked on Main Street near the entrance of the Aqueduct.

Authorities arrived and immediately began to search for 62-year-old Michael Paul Croy Sr., in the California Aqueduct. The water flow in the Aqueduct was stopped in order to allow divers to safely search.

A dive team, along with a Sheriff’s aviation helicopter, and about a dozen other personnel assisted during the two-day search. At about noon on Sunday the search was officially suspended until further notice.

Katrina Croy, daughter in law of the missing man, told Victor Valley News the search has been officially stopped. “Police will check periodically over the next week or so and just wait for the body to turn up,” stated Katrina.

For those of you who are wondering if my father-in-law actually did fall in the water…his prescription glasses were found near the water’s edge. Most likely removed them to avoid getting them lost when he went in to get his dog.

Katrina believes Michael Paul Croy Sr. accidentally fell into the Aqueduct. “He was walking his dogs there. He did this every day.”

A couple of civilians gathered on Sunday afternoon after the official search was called off and conducted their own search. They searched both sides of the Aqueduct  from Main Street to the Summit Valley pumping station and back. The search turned up empty-handed.

“Michael Paul Croy Sr. loved his family and lived his life with no regrets. All he ever wanted in life was to see his sons grow into men. He was very proud of all of them,” said Michael Paul Croy II.

“His dogs were his kids, his life. He went everywhere with them that he could. He loved his kids and grandkids but we couldn’t go everywhere with him but his dogs did,” said Katrina.

The Victor Valley community is feeling heartbroken over the grief felt by the Croy’s. Katrina says the family is grateful for all the outpouring support and prayers.

We Are Stronger Together Than Apart; Prayer for Peace March A Success