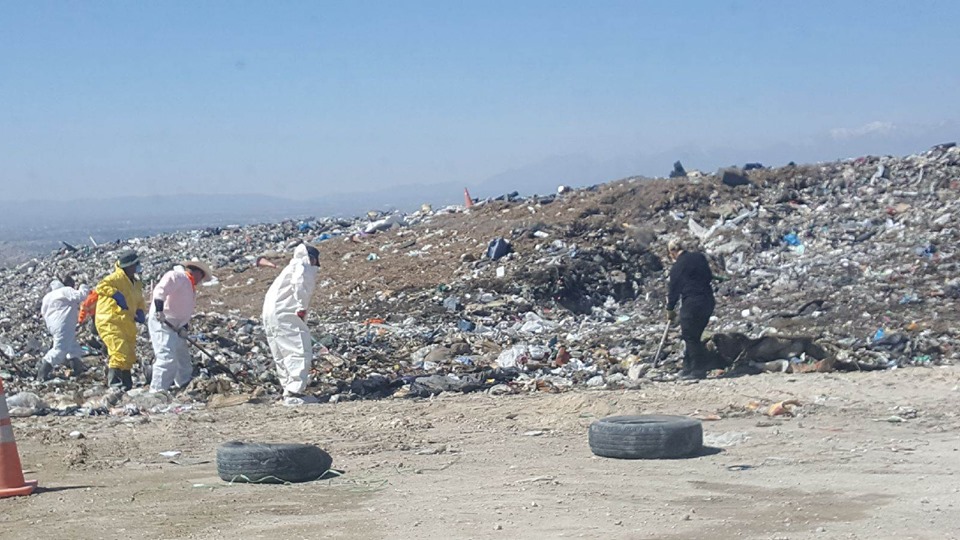 VICTORVILLE, Calif. (VVNG.com) — Sheriff’s department personnel and volunteers resumed the search for the body of six-year-old Duke Flores Thursday at the Victorville landfill, marking the fourth day of the recovery efforts.

Duke’s mother Jackee Contreras and his aunt, Jennifer Contreras, both 29-years-old, appeared in court on Tuesday and both pleaded not guilty to one count of murder each. Both women are being held on a $1 million bail.

Detectives believe Duke’s body was dumped in a dumpster that was offloaded at the landfill in Victorville.

Authorities have been at the landfill since Monday morning where they have been searching for Duke’s body.

The twin sisters are scheduled to appear in court on May 13th.