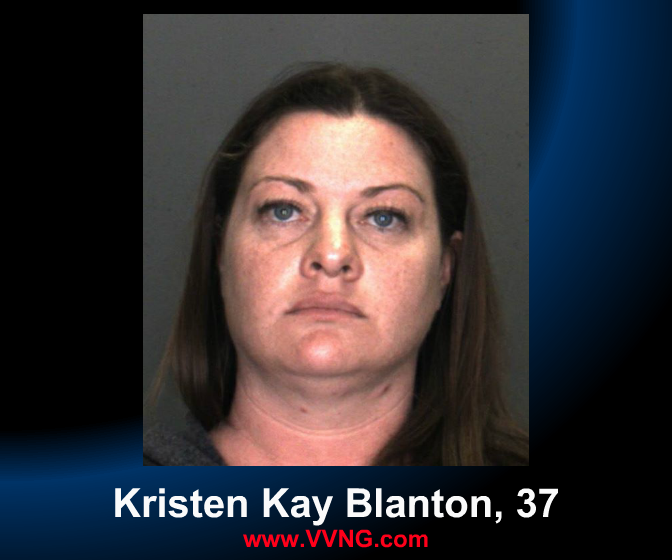 BARSTOW:(VVNG.COM)- A 37-year-old Barstow Christian School Secretary has been arrested on several counts of child molestation. According to a press release, on January 11, 2015 the victim’s parents discovered inappropriate text messages on his cell phone. The parents notified the Barstow Station and deputies began an investigation. Specialized Investigators from the Crimes Against Children Detail were contacted and assumed the investigation.

Investigators determined that Kristen Kay Blanton, a secretary at the Barstow Christian School, met the victim and his family when he began attending the school at age 13. Between October and December 2014, Blanton took the now 14-year-old victim to various locations in Barstow and committed sexual acts.

On Monday, January 12, 2015, investigators contacted Blanton at the school and took her into custody. Blanton was booked at the Barstow jail on several felony counts of child molestation with bail set at $150,000. She posted bail and was released from custody at 11:30 p.m.

Investigators are concerned there may be other victims and urge anyone with information regarding this investigation contact David Clifford at (909) 387-3615. Callers wishing to remain anonymous are urged to call the We-tip Hotline at 1-800-78-CRIME (27463) or you may leave information on the We-Tip Hotline at www.wetip.com.