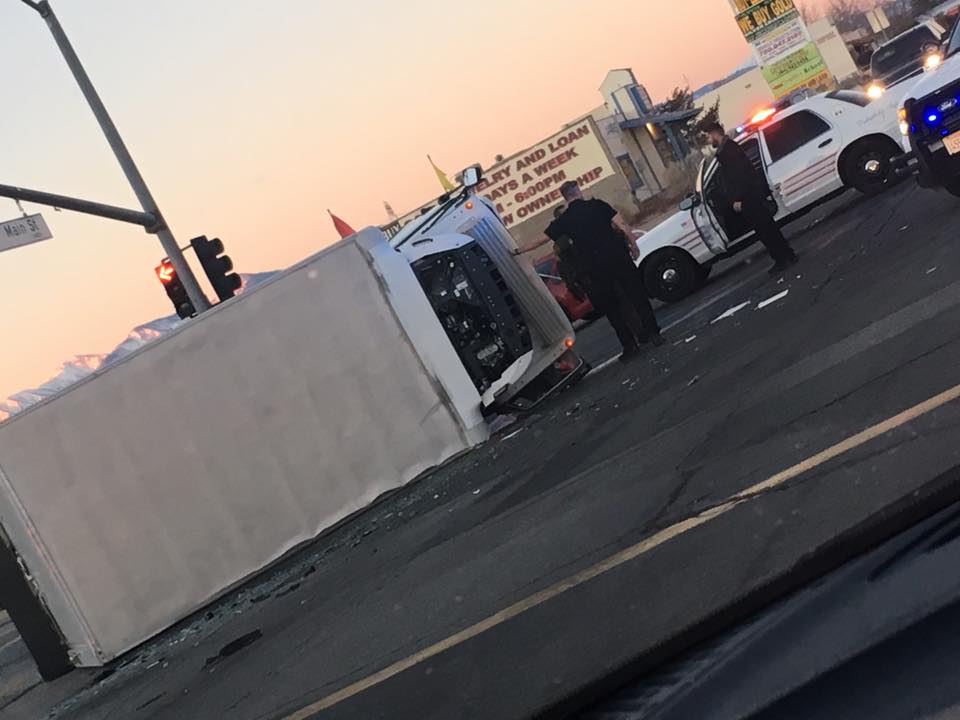 School district truck overturns after being hit by a BMW in Hesperia.
(photo: Francesca Marie)

HESPERIA-(VVNG.com): Deputies and emergency personnel were dispatched to a major traffic collision on Main Street near Maple Avenue on Thursday morning.

Upon arriving on scene at about 6:47 a.m. deputies found a major damage two-vehicle traffic collision with a school district box truck overturned blocking lanes of traffic and a BMW sedan on the sidewalk crashed into a pole.

According to witnesses the BMW, driven by a 22-year-old man from Hesperia was driving eastbound on Main Street and ran the light. The school district box truck, that was carrying school lunches for six schools, driven by a 32-year-old Apple Valley man was heading southbound on Maple Avenue. The BMW hit the truck, causing the truck to flip onto its side trapping the driver.

San Bernardino County Sheriff’s Spokeswoman Karen Hunt said, “ The driver was uninjured but needed help of fire to get him out of truck. Driver of BMW was transported by ground to Desert Valley for complaint of pain only.”