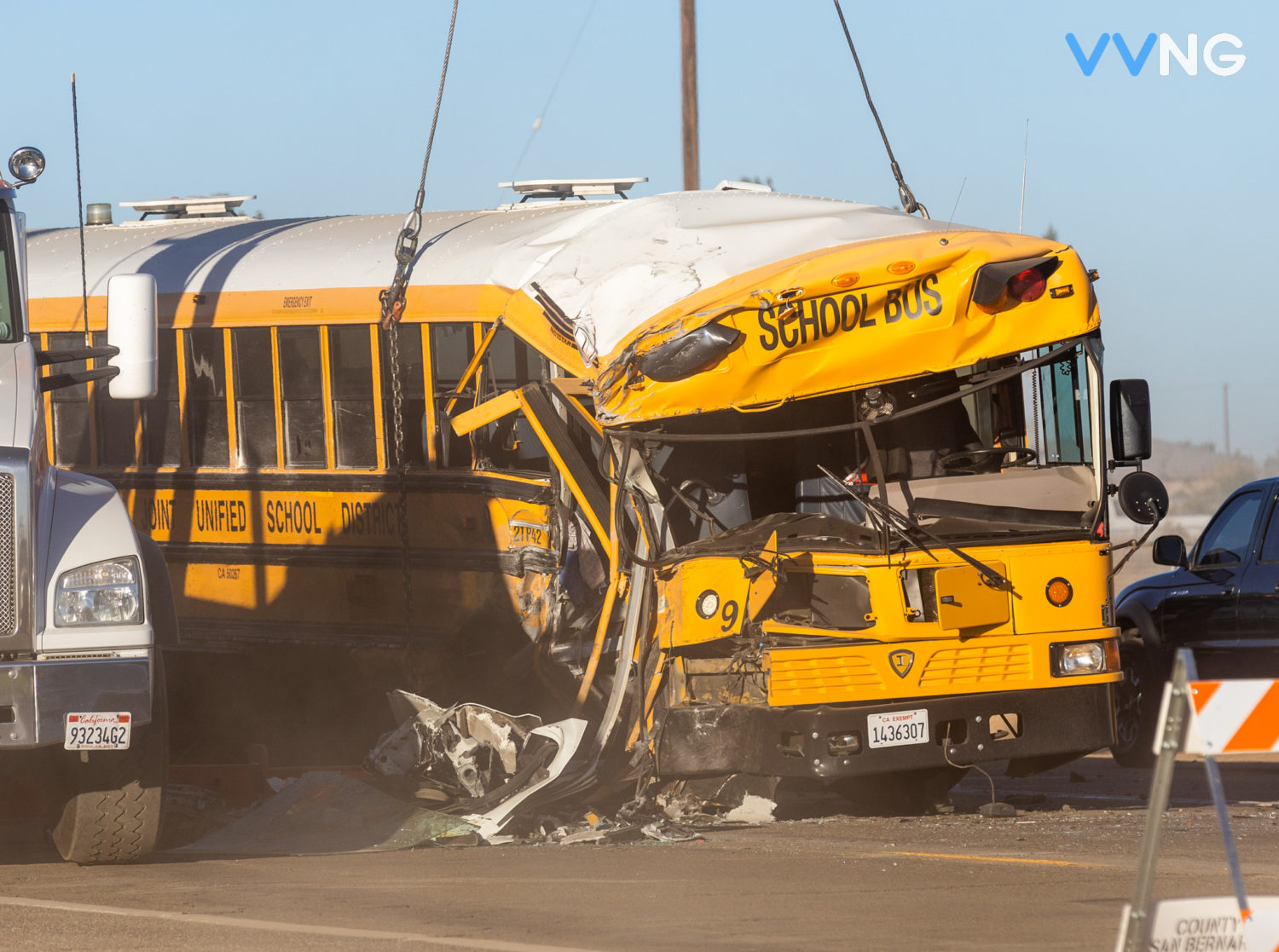 PHELAN, Calif. (VVNG.com) — No students were on board a bus involved in a traffic collision with a tractor-trailer Monday morning in the community of Phelan, officials confirmed.

California Highway Patrol Officer Mike Mumford told VVNG a truck-tractor combination was being driven west on Phelan Road by a 35-year-old from West Covina. The Snowline Joint Unified School District bus was eastbound and driven by a 62-year-old from Victorville.

Mumford said following the impact the semi continued westbound and collided with a Toyota Rav4 that was being driven by a 28-year-old from Victorville.

The driver of each vehicle had complaints of pain, however, no parties were transported to the hospital as a result of the collision.

Officer Mumford confirmed there were no children on board the school bus at the time of the crash.

Phelan Road was closed for a couple of hours as heavy-duty tow trucks were brought in to remove the wrecked vehicles. Motorists used the dirt shoulder on each side of the roadway to travel around the accident.