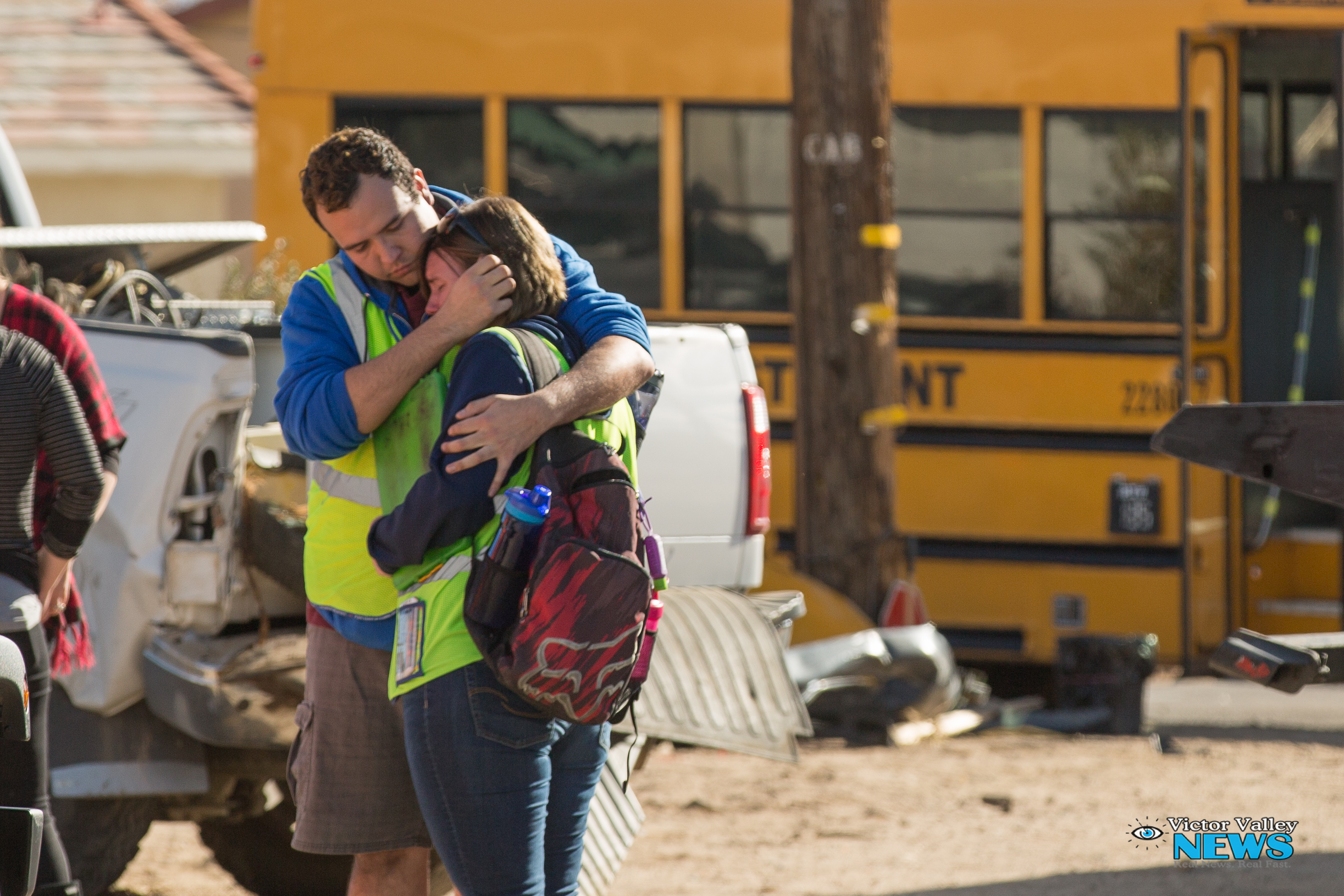 HESPERIA, Calif. (VVNG) A school bus occupied with two students was involved in a collision on Thursday afternoon just after 12:00 p.m.

The Student First school bus was traveling eastbound on Mesa Street and a white 2008 Ford F250 was traveling northbound on Balsam when they collided in the intersection, according to Officer Mumford of the California Highway Patrol.

The accident caused the school bus to strike and damage a utility pole and stop sign. The impact from the collision also sent the truck through a wooden fence at a corner home.

A CHP officer and First Student employees comforted the young children until their parents arrived on scene.

The accident is being handled by the California Highway Patrol, and at this time the cause has not been determined.