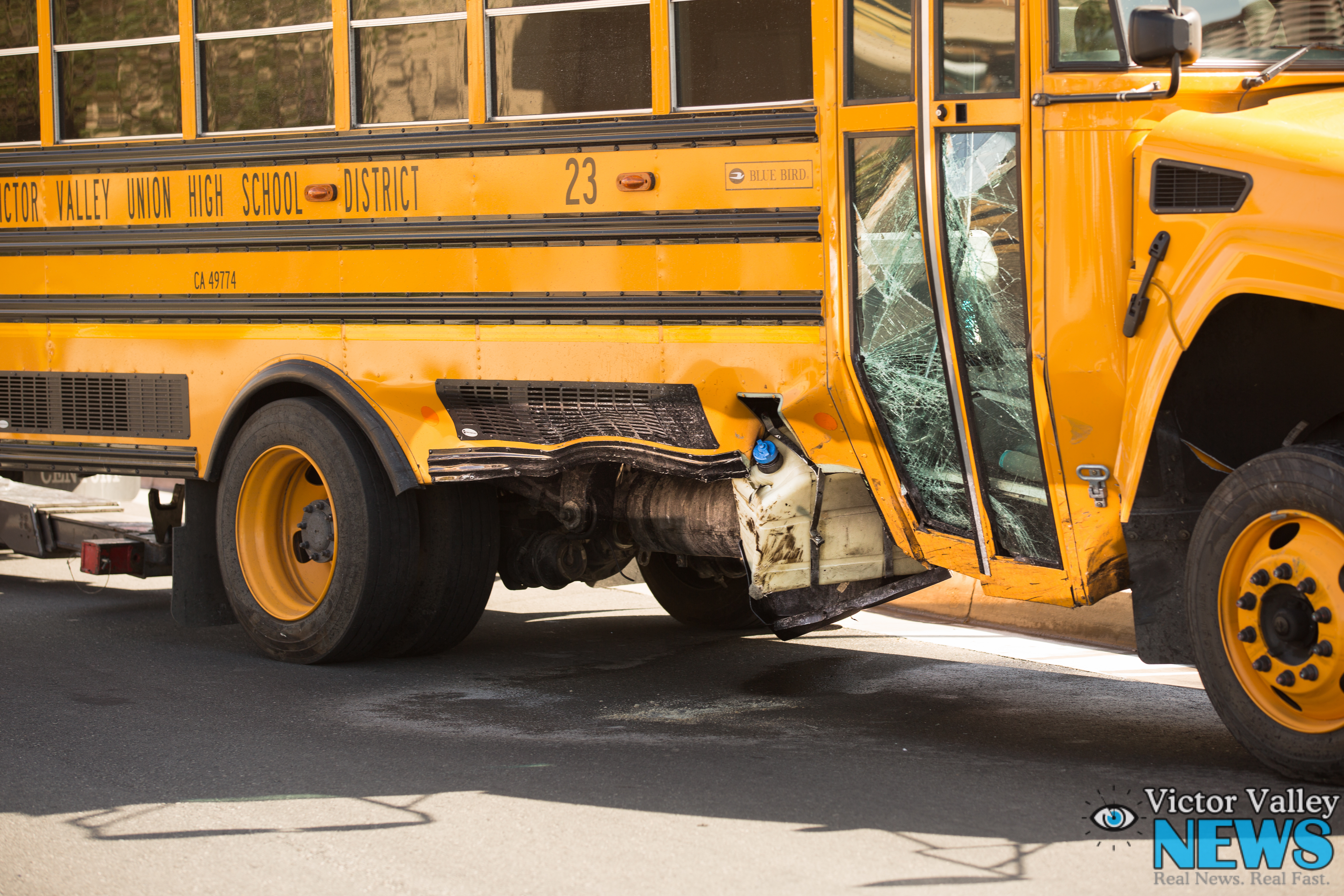 HESPERIA:(VVNG.com)- A school bus belonging to the Victor Valley Union High School District was involved in a traffic collision at the intersection of Sequoia Street and Oakwood Avenue in Hesperia.

According to Deputy Strunk, the male driver of the Suzuki was traveling westbound on Sequoia Street, the driver ran the stop sign and T-boned the bus traveling Northbound on Oakwood Avenue.

No school children were inside the bus when the collision occurred, Strunk said.

The female driver of the bus was transported to the hospital to be examined.

According to a family member, Tandra, the driver of the vehicle was taken to a local hospital by personal vehicle. He’s currently under going testing to ensure he has no internal bleeding and possibly has a broken arm.