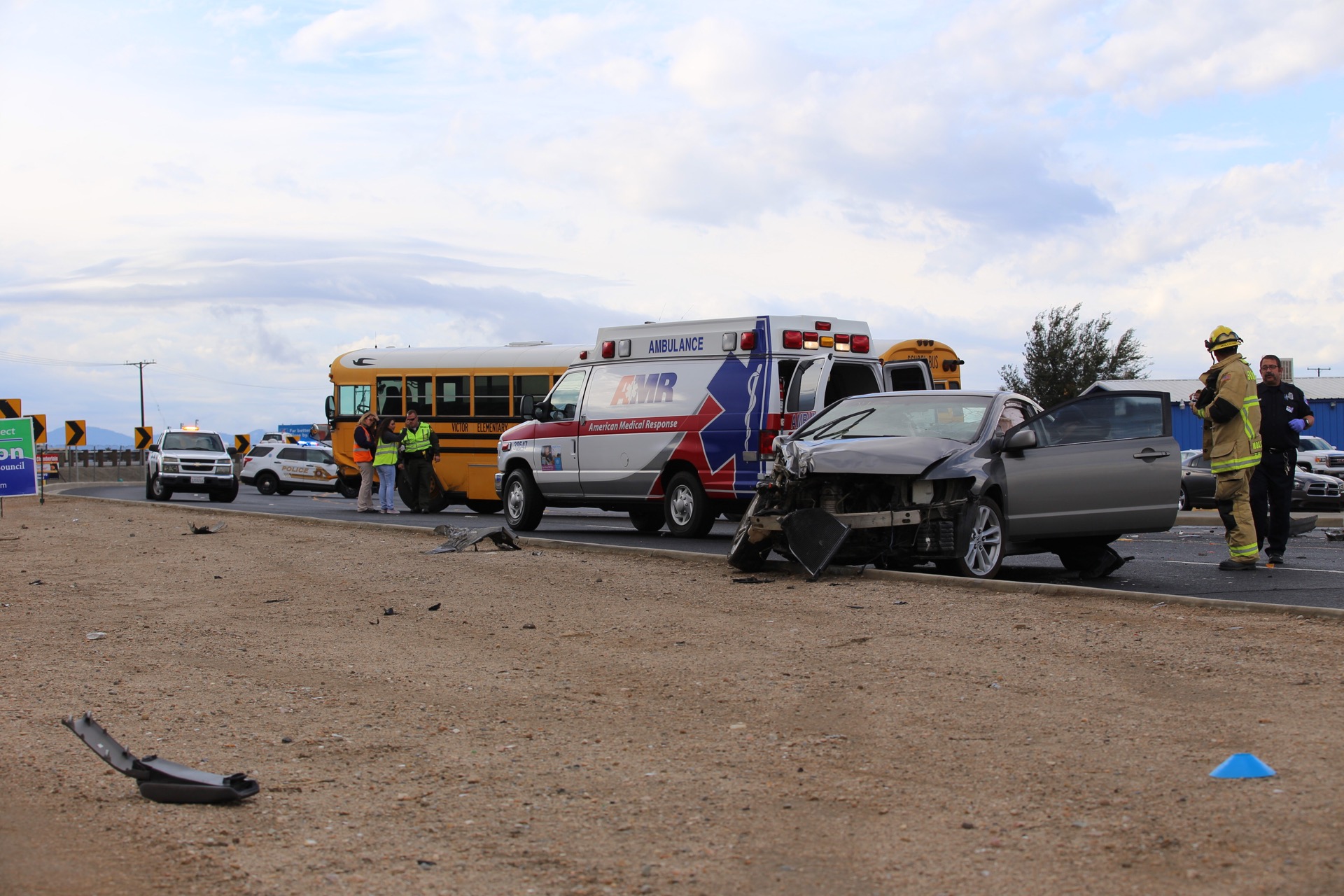 VICTORVILLE, CALIF. (VVNG.com) An Oak Hills man in his 20’s was transported by air ambulance following an early morning accident with a Victor Elementary School bus.

The accident occurred at around 9:20 a.m. on Monday, October 24th on Amargosa Road just north of Luna Road. No children were on board the bus at the time of the crash.

The bus appeared to have been traveling southbound on Amargosa Road and the 2006 Honda Civic was driving northbound. According to officials, the driver of the Honda lost control of his vehicle and collided with the bus.

The male driver of the Honda was alert but disoriented. Due to his injuries, an airship was requested to airlift him to Loma Linda Medical Center. The female bus driver was visibly shaken-up but was not injured.

Per scanner reports, the school bus is natural gas-powered and has a gas leak. 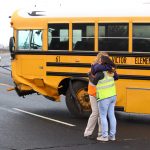 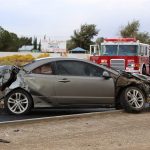 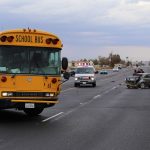 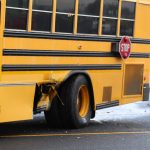 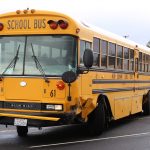 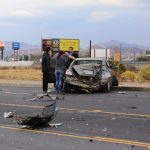