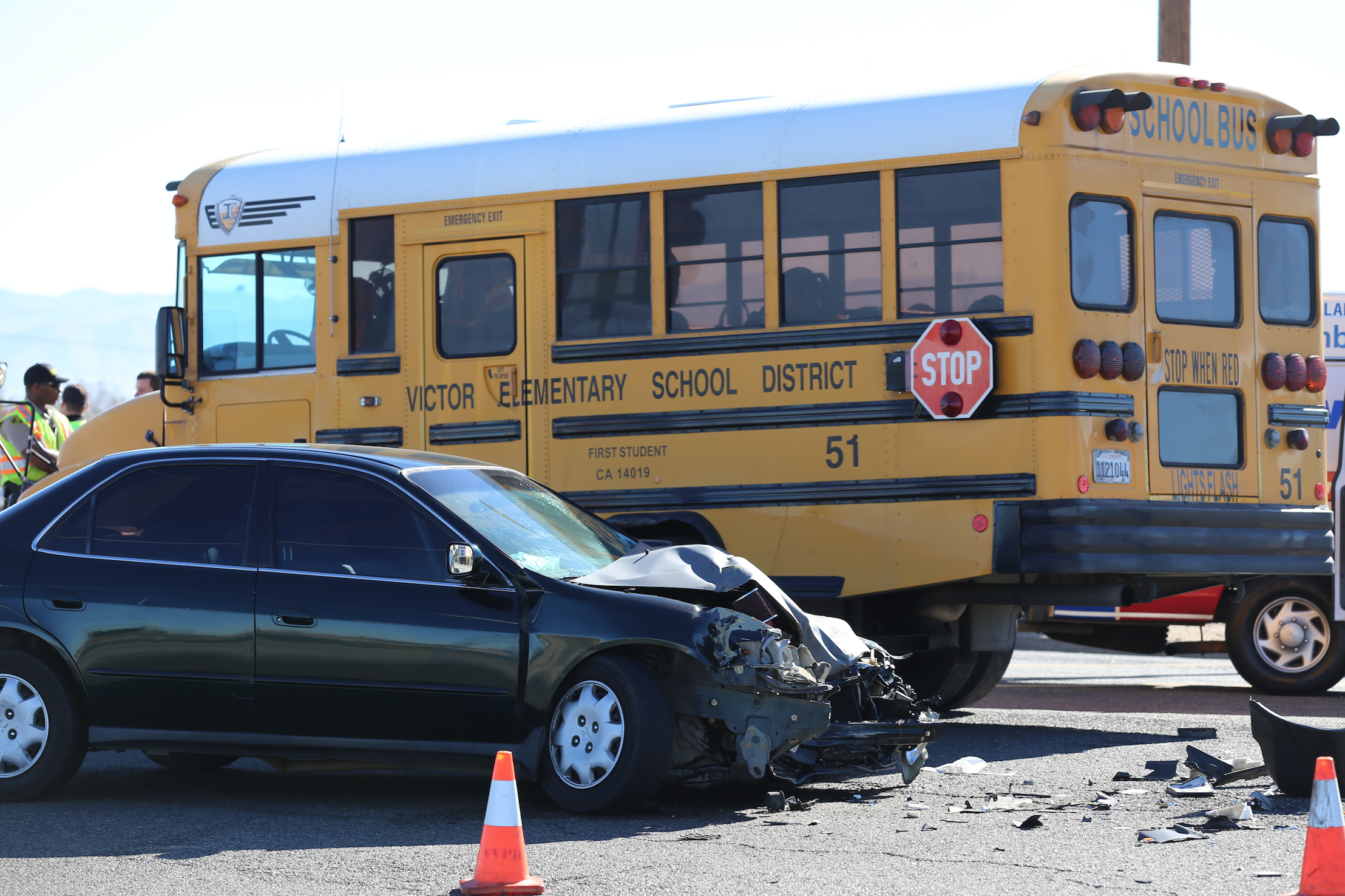 VICTORVILLE:(VVNG.com)- On Tuesday, January 6, 2015 at approximately 10:45 AM a Victor Elementary school bus carrying special needs children collided with a Honda Accord in the intersection of Palmdale Road and Cobalt Road.

A frightened parent arrived on scene to pick up her child. (photo by Hugo Valdez)

Three adults including the driver of the Accord, the bus driver and a faculty aide on board were taken by ground ambulance to local hospitals with unknown injuries.

The bus was carrying five special needs children and was en route to Lucy Seacrest in Hesperia. According to officials, none of the children on board suffered any injuries during the collision. All of the children were unloaded from the bus and transported onto a new bus. Worried parents arrived on scene and were able to take home their children.

Cindy Shaum, a Victor Valley News member, shared that her nephew was on the bus. “He is wheelchair bound and is the only one in a wheelchair on the bus. The car hit on his side and his aide covered him, she has injuries. My nephew is nonverbal so he can’t say if he is hurt. Whomever is at fault is not the problem now. The kids and adults on the bus need prayers.”

A portion of the intersection was closed while authorities conducted an investigation . At this time the exact cause of the accident is unknown. More information will be posted as it becomes available.