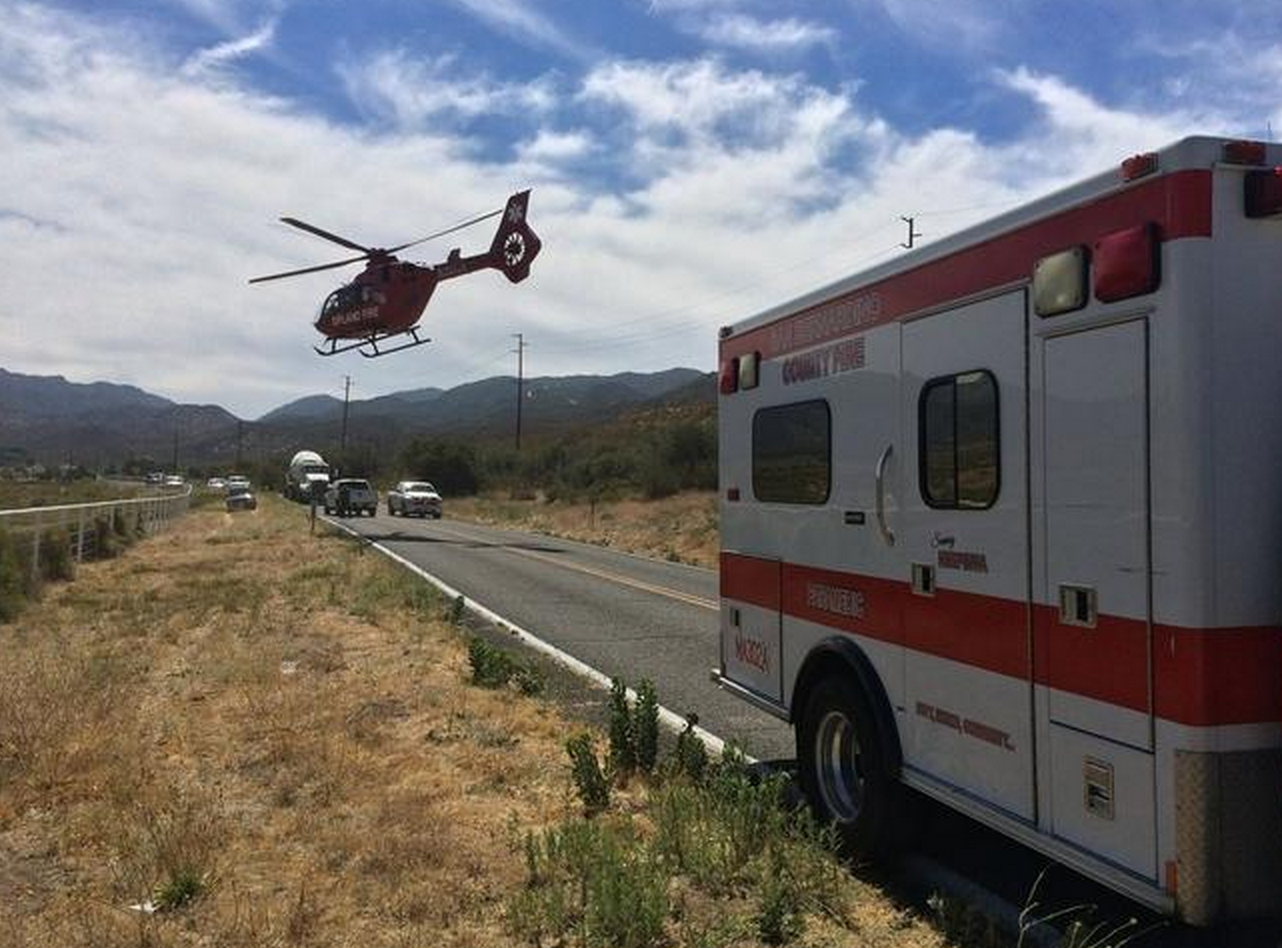 According to scanner traffic, the CHP officer on scene confirmed the rollover occurred on the 173 approximately 1-2 miles east of the 138.

An airship has been requested to transport a female with a severe laceration to her head. The officer reported she was “altered”. A male and an infant will be transported by ground ambulance with unknown injuries.

Based on initial reports, the female is believed to have been ejected from the vehicle.

Units on-scene will be shutting down Highway 173 to land the airship. The seriously injured female will be airlifted to Loma Linda University Medical Center.