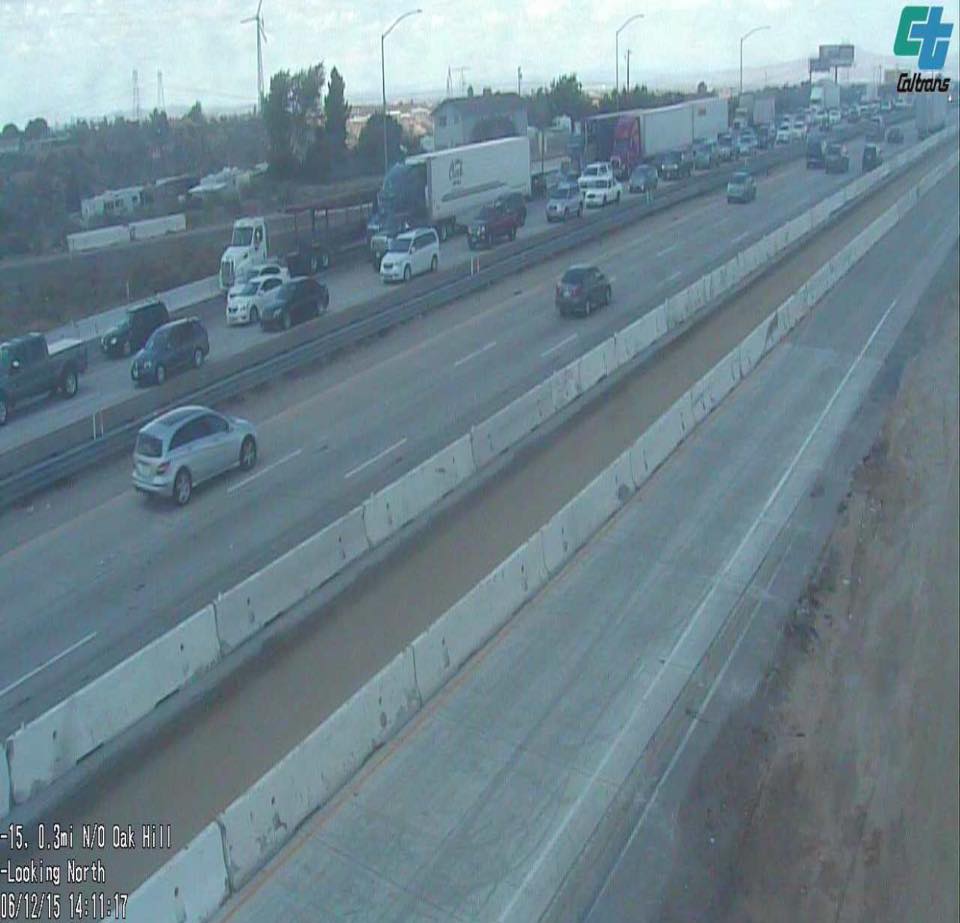 CAJON PASS:(VVNG.com)- Per scanner traffic, first responders were dispatched to a traffic collision with possible extrication involving a motorcycle and a semi.

For unknown reasons a motorcycle collided into a semi and the rider was reportedly trapped underneath the semi.

CHP arrived on-scene and were able to pull the rider out from under the semi. Per scanner traffic, the rider is reported to have major injuries.

The no.2 and no.3 lanes are reportedly blocked and traffic is backed up from Ranchero Road.