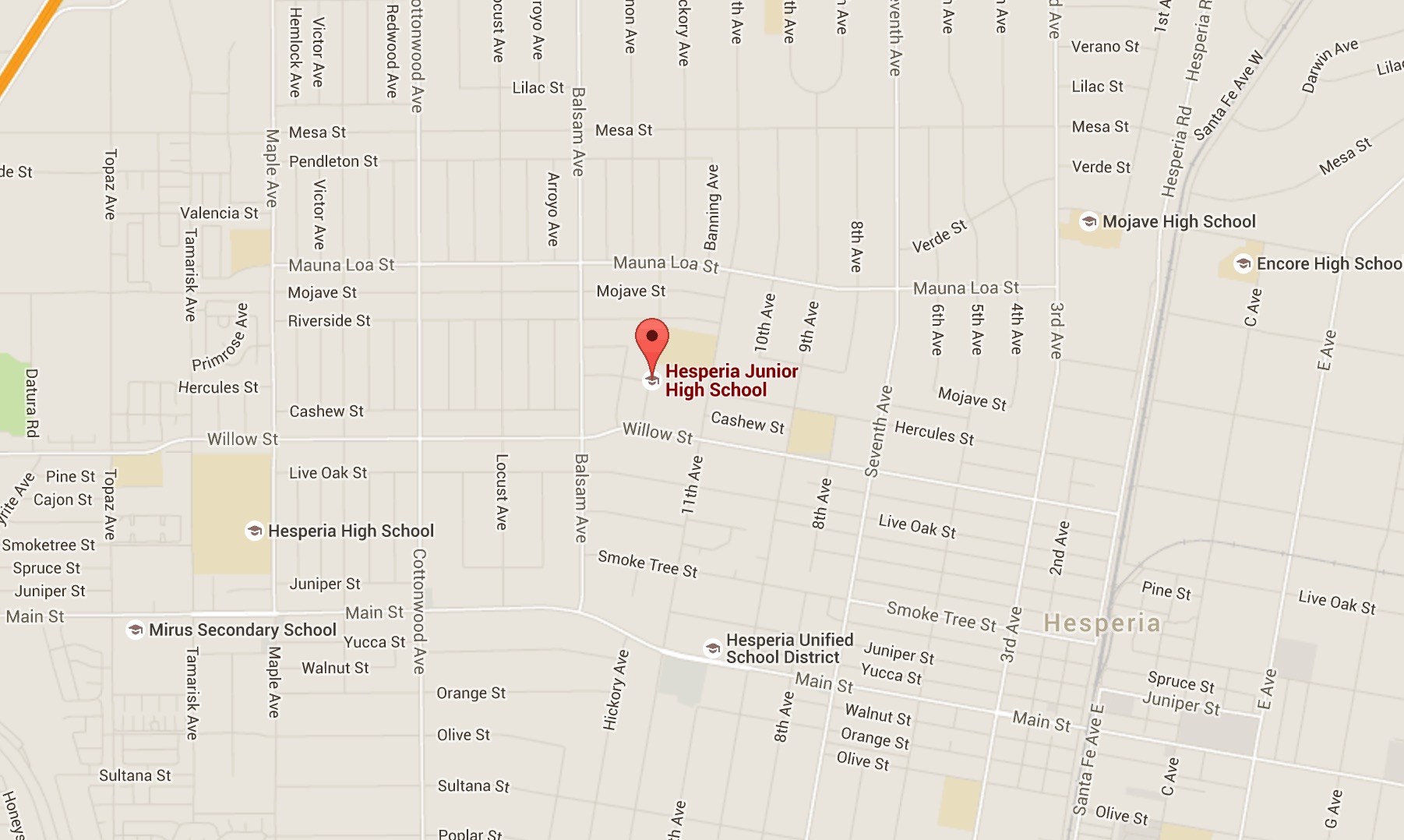 HESPERIA:(VVNG.com)- Hesperia Junior High School located was placed on lock down following the report of a man with a gun in the area. The incident was reported at about 3:10 PM, on Tuesday, April 12, 2016.

Sheriff’s dispatch received a report of a black male juvenile with a long gun, BB gun or possibly a rifle. He’s reportedly wearing a black sweatshirt and khaki shorts. The male was seen running down Hercules Street.

As a precaution the school located on the 10200 block of Cypress Avenue in Hesperia was placed on lock down.

Authorities said, the suspect was never on the school grounds. Police are actively searching the surrounding areas for the suspect. Per scanner traffic, a bus driver reported seeing the suspect in the area of Riverside and Balsam.

Students are scheduled for release at 3:18 PM, and many worried parents have already arrived at the school to pick up their children.

The story is continuing to develop please check back for updates.