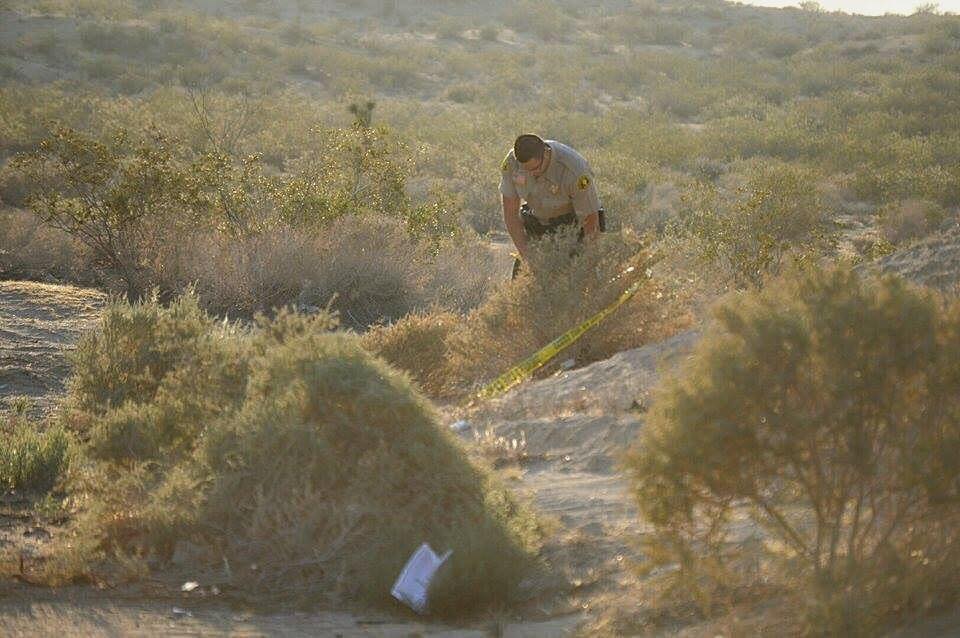 VICTORVILLE-(VVNG.com): At approximately 5:50 p.m. dispatch received a report of a body located near Air Base and Gas Line Road in Victorville.

“I was coming down the road, and almost got stuck.  I went around, and when I did I found the body laying on it’s back,” said David Bangs.

According to Bangs, the dismembered body appeared to be that of a white male, but because of the condition he was not certain.

Upon making the grisly discovery, Bangs quickly called 9-1-1. Deputies arrived at the scene and confirmed that there was in fact a body at the location.

At 5:56 p.m., according to scanner reports, deputies called for back up to “secure the scene”.

A death investigation is underway, information will be updated as it is received. The identity and cause of death will be determined by the San Bernardino County Coroner’s Department.