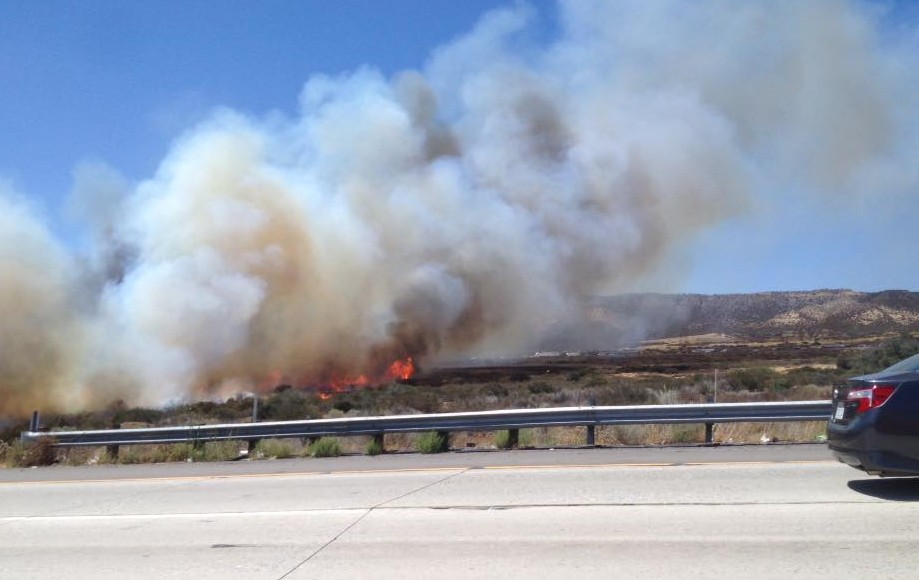 UPDATE @ 4:15 PM – Mandatory evacuations are being ordered in the area of Baldy Mesa south of Phelan Road. Evacuation center has been established at Serrano High School. As of this moment, there are no accommodations for large animals.

UPDATE @ 4:00 PM- The North Fire appears to be moving east towards Baldy Mesa. We are hearing unconfirmed reports the fire has spread to 500 acres in size. The blue skies in the Victor Valley have turned a dark brown and the thick smoke has blocked out the sun.

UPDATE @ 3:45 PM- Multiple vehicles stuck in the Cajon Pass have caught on fire. Approximately 75 people are in danger and will need to be rescued out.

UPDATE @ 3:37 PM- SB County Fire is urging those stuck on the Cajon Pass. DO NOT GET OUT OF YOUR VEHICLE. Water drops can severely injure you.

UPDATE: @ 3:31 PM- The fire has crested over towards Oak Hills. Currently about 3 miles away.

UPDATE @ 3:10 PM: Per scanner traffic, fire is shutting down air operations due to five drones flying in the area.

UPDATE @ 3:01 PM- The fire has jumped the southbound lanes of the 15 freeway.

The smoke is getting thicker and the fire is continuing to spread toward the southbound 15 freeway. (CalTrans photo taken at 2:50 PM)

UPDATE @ 2:55 PM: CHP has shut down all northbound and southbound lanes of the 15 freeway.

UPDATE @ 2:49 PM: The southbound 15 freeway is shut down at Oak Hills Road. New information states the fire is 5-10 acres in size with a rapid rate of spread.

CAJON PASS:(VVNG.com)- At approximately 2:30 P.M., on Friday, July 17, 2015 dispatch started to receive multiple reports of a vegetation fire along the northbound 15 freeway north of state highway 138.

According to CHP incident logs, the fire is reported to be in the center divider and spreading to the No.1 lane.

Per scanner traffic, firefighters responding could see smoke showing as they approached the area.

Upon arrival, firefighters confirmed a large brush fire just before the summit.  The current size up is approximately two acres with medium fuel and a moderate rate of spread.

The fire is in the center of the north and southbound lanes. 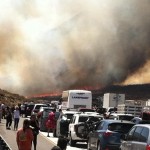 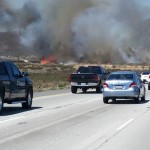 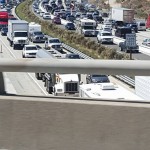 Traffic at a complete standstill. (Photo by Jessi Ahumada) 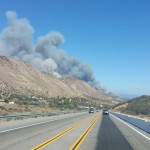 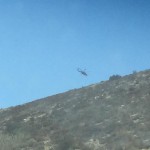 Aircraft flying in the area of the fire. (Photo by Daniel Lara) 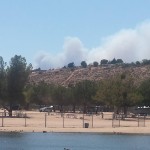 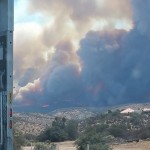 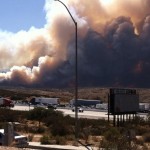 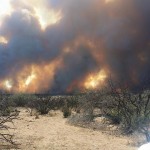