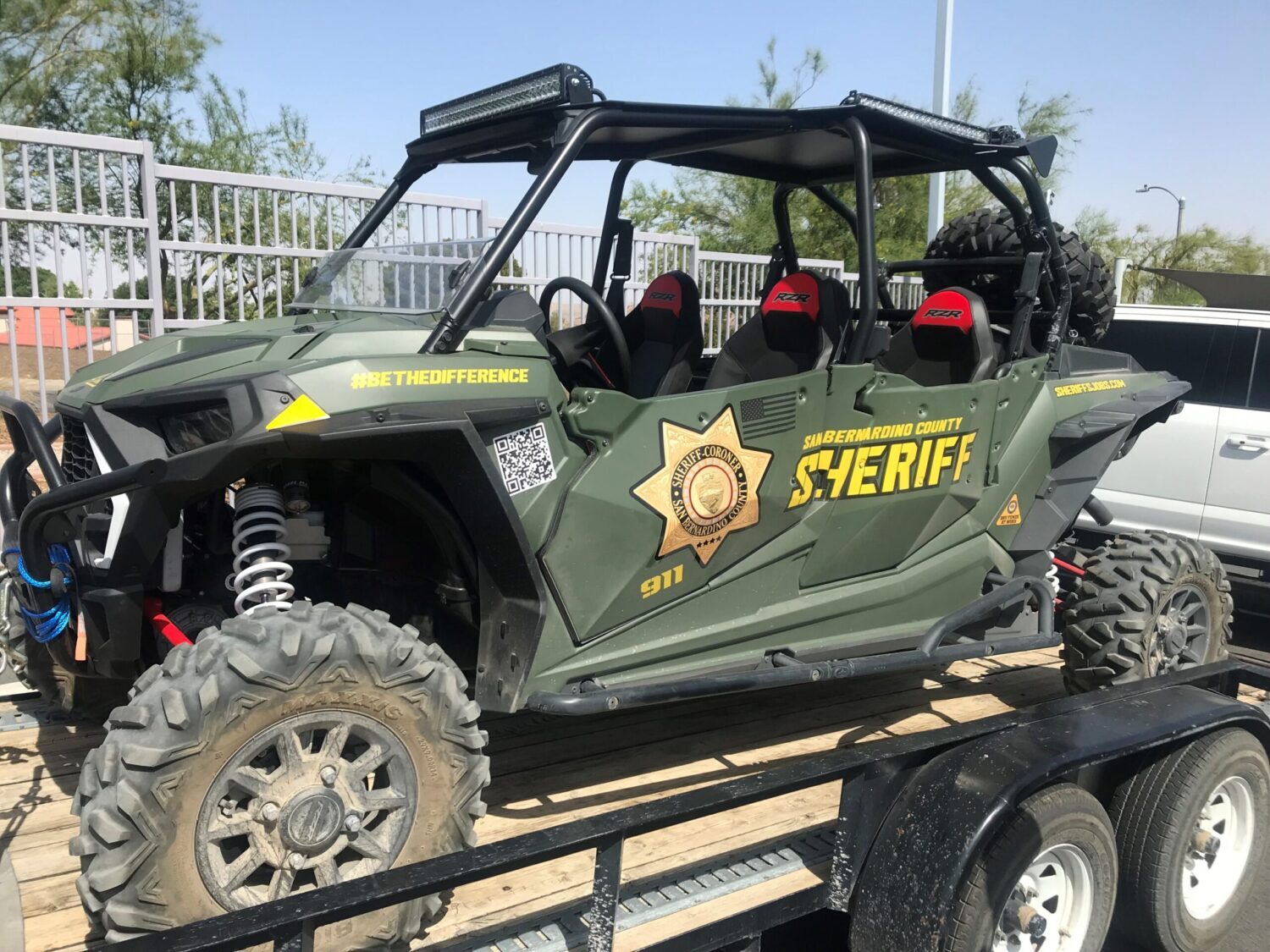 The County of San Bernardino and the Sheriff’s Department support responsible and safe off-highway vehicle use and encourages enthusiasts.

VICTOR VALLEY, Calif. (VVNG.com)— A multi-agency collaboration focused on educating the San Bernardino County OHV community in the months of March and April 2022 resulted in over 450 warnings.

Officials said the goal was to contact off-highway vehicle enthusiasts and educate them on the safe and proper use of off-highway vehicles, including the use of helmets and seat belts and operating on designated OHV trails and open areas.

According to a sheriff’s news release, “many enthusiasts were unaware of legal and open riding areas. Maps, information, and guidance was provided to over 2,000 enthusiasts. Enforcement actions were taken in a small number of circumstances.”

Deputies also provided medical aid to an injured motorcycle rider, who was transported to a hospital for treatment.

Man arrested after exposing himself at St. Mary’s hospital in Apple Valley