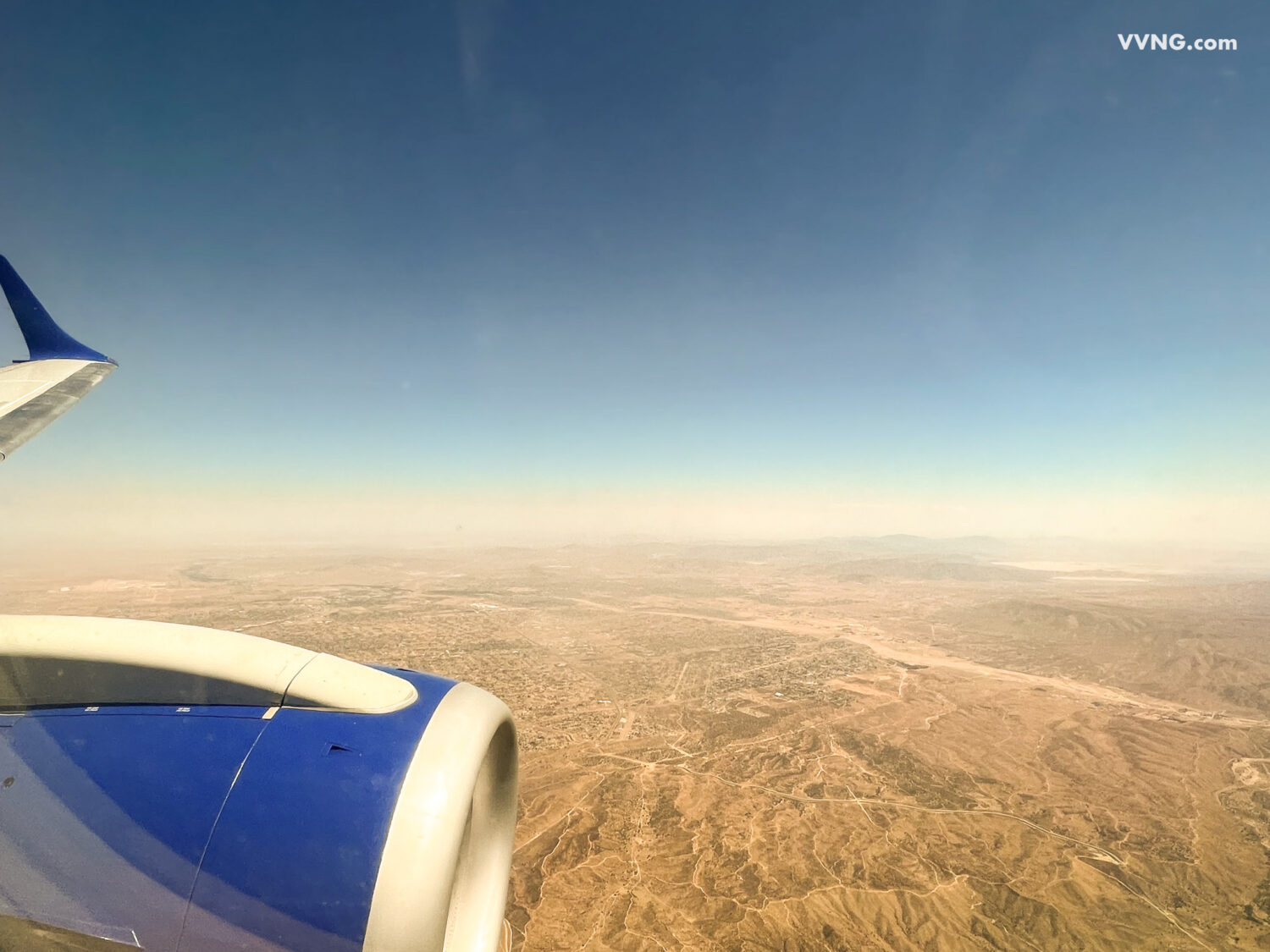 “After years of efforts by the Airport, our region has embraced the convenience of flying locally with nearly 20,000 passengers traveling through SBD since Breeze launched service this summer – it’s a major achievement and just the beginning of passenger service at SBD,” said Mike Burrows, Chief Executive Officer of SBD and the Inland Valley Development Agency. “SBD had more than 70 percent of all seats filled in November and all indications point to December having even higher passenger counts.”

“Breeze’s service to San Francisco has been a great success for Inland Empire residents, and after just four months, with new nonstop service to Las Vegas starting in February the region will have even more travel options,” said SBD Director of Aviation Mark Gibbs. “The ease and convenience of flying from SBD with low airfares and just $5-daily parking, it’s unrivaled in Southern California.”

The Southern California Logistics Airport (SCLA), formerly George Air Force Base, is located 30 miles from Barstow and just 100 miles from Los Angeles; in the center of an established shipping and distribution hub.

About San Bernardino International Airport (SBD)Located approximately 60 miles east of Los Angeles and within 30 minutes of more than two million people, the former Norton Air Force Base was converted to civilian use in 1992 and later became certified as a commercial-service airport by the FAA. SBD offers nonstop flights to San Francisco International Airport (SFO) and one-stop, same-plane service to Provo, UT (PVU) on Breeze Airways. Breeze will launch nonstop flights to Las Vegas and one-stop, same-plane service to Hartford, CT on February 16, 2023. The airport also offers a full range of services and facilities to support additional domestic and international passenger airline service, air cargo operations, general aviation, and maintenance repair and overhaul (MRO) businesses. The domestic passenger terminal is located at 105 N. Leland Norton Way, San Bernardino, CA, off the I-10 and I-210 freeways. On-airport parking is only $5.00 per day. For more information, visit FlySBD.com.

Breeze Airways began service in May 2021 from 16 destinations primarily in the east and southeast of the United States. One year later, it was ranked as the No. 2 U.S. best domestic airline of 2021 by Travel + Leisure World’s Best Awards. In 2022, Breeze expanded west across the U.S., including coast-to-coast flights, and now offers 102 nonstop routes between 34 cities in 19 states. Founded by aviation entrepreneur David Neeleman, Breeze operates a fleet of Embraer 190/195 and Airbus A220-300 aircraft, with a focus on providing efficient and affordable flights between secondary airports, bypassing hubs for shorter travel times. With seamless booking, no change or cancellation fees, up to 24-months of reusable flight credit and customized flight features – including complimentary family seating – delivered via a sleek and simple app, Breeze makes it easy to buy and easy to fly. Flights are on sale at www.flybreeze.com and via the Breeze app.