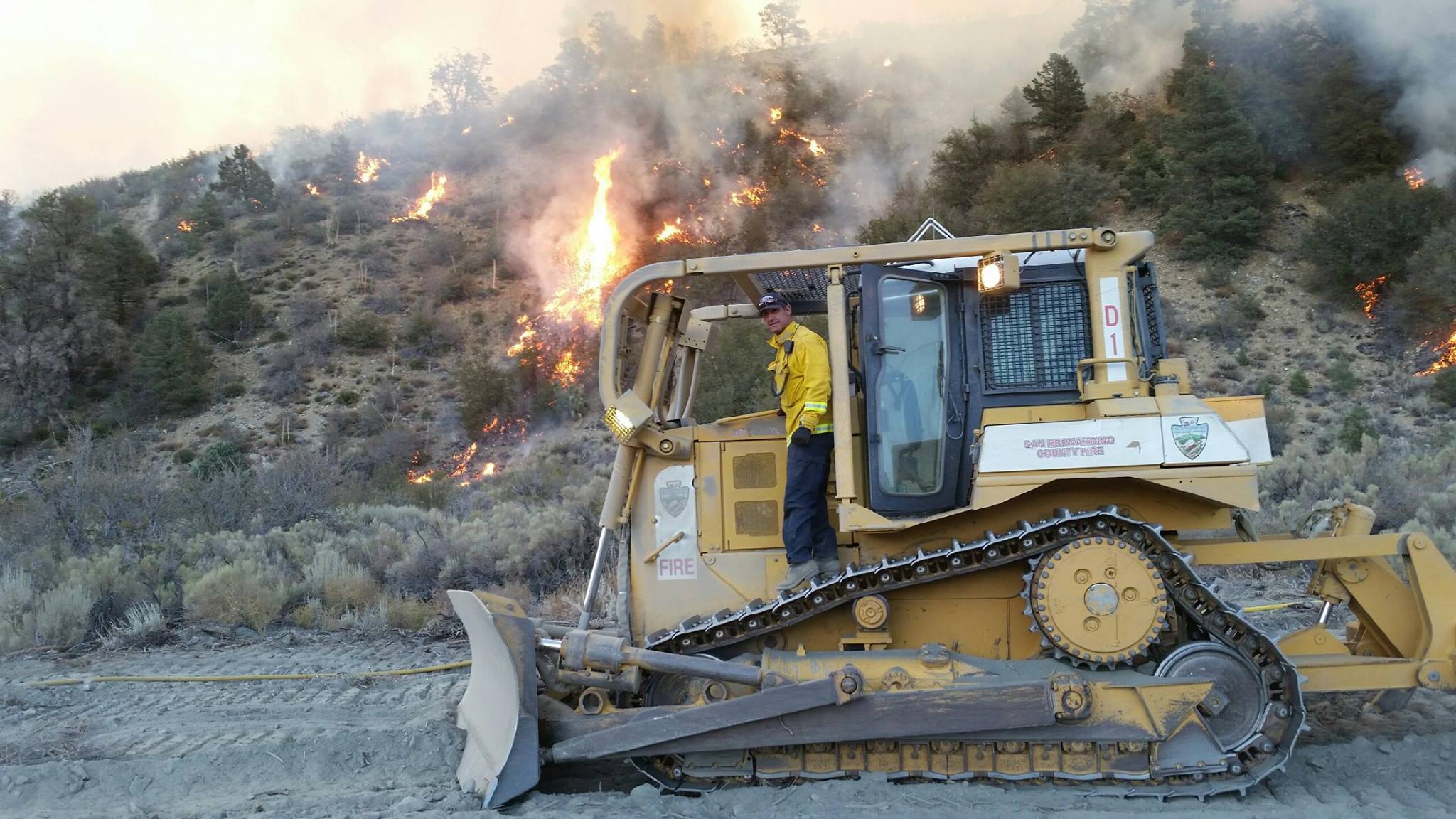 WRIGHTWOOD, CA — On Aug. 17 around 10:00 a.m., the day after the Blue Cut Fire started in the Cajon Pass, two San Bernardino County Fire Department (SBCoFD) bulldozers helped stop the fire from burning its way into the community of Wrightwood.

Fire engines and aircraft could not access the area between Circle Mountain and Highway 2, where Captain Shane Glaze and his crew of two bulldozers forged a 50-foot wide fire line that held the Blue Cut Fire from entering Wrightwood, an unincorporated community of about 4,500 people.

“We could’ve put 50 fire engines in there and not been successful,” Captain Glaze said.

According to Captain Glaze, the terrain in the area was too soft for fire engines to traverse into and wind conditions were too turbulent for firefighting aircraft to safely maneuver. Instead, firefighters relied on bulldozer crews to clear fuels and keep the fire from crossing Highway 2, the main thorough way into Wrightwood.

Flames shot up as high as 150 feet as the fire approached the dozer line around 2 p.m. Dozers encircled and suffocated any spot fires that jumped over the dozer line. The fire held at the edge of the dozer line and burned back along Highway 2 northeast towards State Route 138, effectively securing the residents of Wrightwood from the threat of wildfire.

The effort was one of many instances where firefighting personnel went above and beyond for the safety of residents. Under unified command, bulldozers from multiple agencies played an intricate role in wildland firefighting efforts by providing structure defense that kept fires from reaching homes and communities. After the fire was contained, dozer crews continued to work to rehabilitate roads affected by the Blue Cut Fire.