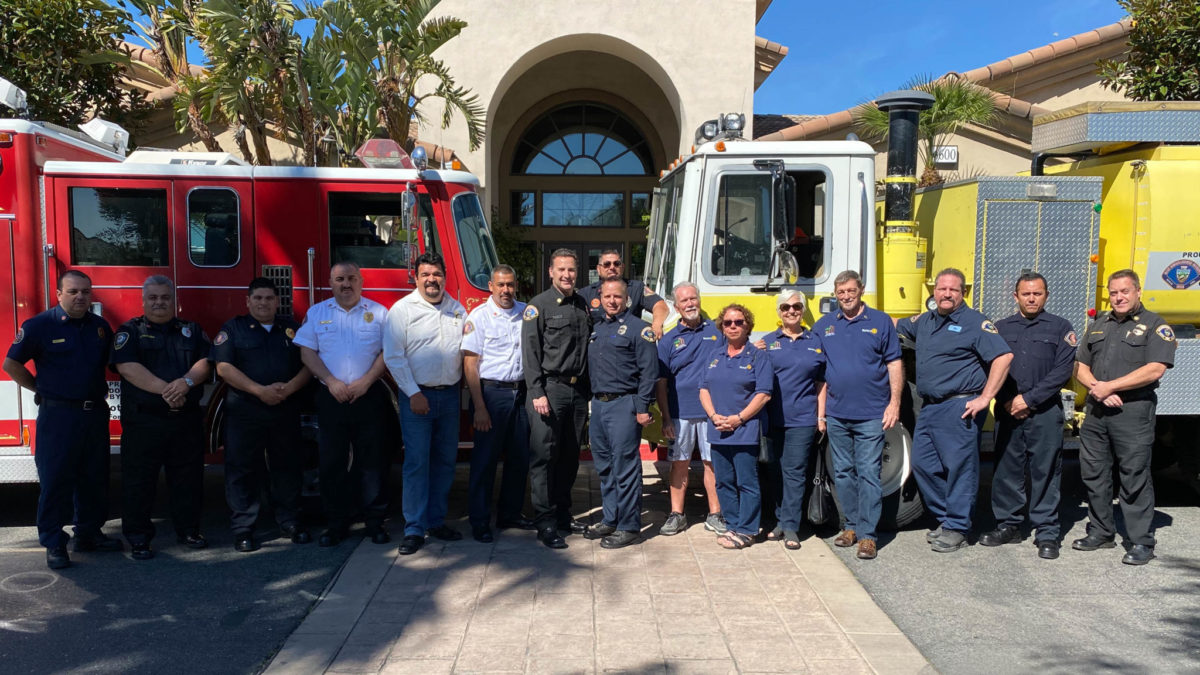 “It’s a tremendous honor to be able to help our brothers and sisters in San Felipe with these donations,” said San Bernardino County Fire Chief Dan Munsey. “We are humbled by the opportunity to see these units that have faithfully served our residents continue to serve and protect the residents of our friends in San Felipe. It is a great example of the type of cooperation and partnership that unites us as people beyond geographic borders.”

SBCoFD Captain Jay Dimoff brokered the relationship between the two departments and has served as the liaison. In April 2018, this relationship led to the donation of two fire engines deemed too old to remain in service in San Bernardino County.

“Today, SBCoFD is pleased to announce the donation of a 1990 Pierce Heavy Rescue Fire Engine and a 1980 Mack Water Tender to the San Felipe Fire Department. Before being permanently decommissioned due to age, mileage and maintenance costs, the heavy rescue unit served the City of Grand Terrace, while the water tender served the community of Crest Forest,” the SBCoFD Public Information Officer Tracey Martinez stated.

Captain Dimoff worked alongside Fire Mechanic Tom Pitts and Fleet Supervisor Dale Sandoval to coordinate the donations. This coordination included planning with the San Bernardino County Board of Supervisors, as well as the Fontana and San Felipe Rotaries. SBCoFD donated the engines to the Fontana Rotary, which then donated them to the San Felipe Rotary to be put into service by the San Felipe Fire Department, the Department stated.

For the past several decades, Captain Dimoff has been able to assist the San Felipe Fire Department with their overwhelming need for equipment through the donation of items like turnouts and other necessary equipment.