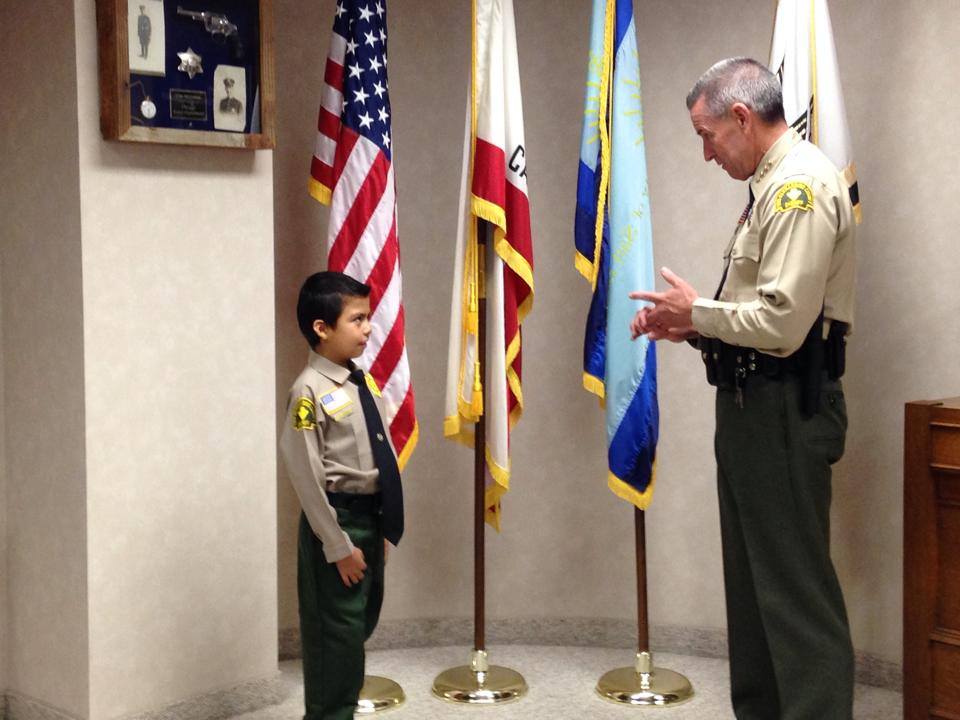 In 2013, then 7-year-old Odie Garcia was like any other child his age looking forward to celebrating his 8th birthday party on September 7th. On September 6th, his parents, Emilia Garcia and Abraham Arcos took him to Azusa Canyon for a fun-filled day with his family. After returning home, Odie’s parents were awakened at 3:00 a.m. by their son’s frantic calls saying he could not breathe. Odie was immediately rushed to Fountain Valley Hospital where doctors sedated him in order to place a small camera in his throat to diagnose the problem, the results were shocking.

Odie had a large tumor in his chest that was compressing his heart and lungs. A biopsy was taken and it was determined to be malignant. Odie was immediately transferred to Miller Children’s and Women’s Hospital in Long Beach for further evaluation and was ultimately admitted for oncology treatment after transferring to Loma Linda University Children’s Hospital. It was there that Odie was diagnosed with T Cell Lymphoma and his chemotherapy regimen began. Since that time, Odie has been in and out of the hospital for treatments and is now on maintenance therapy.

Odie has wanted to be a Law Enforcement Officer since he first knew what one was. Today, Sheriff John McMahon saw to it that Odie’s wish was fulfilled. Sheriff McMahon administered the oath of office to “Special Deputy Sheriff” Odie Garcia, and he joined the ranks of the men and women who proudly wear the green and tan of the San Bernardino County Sheriff’s Department. Odie visited the Sheriff’s Academy where Sheriff’s Trainees did push-ups in his honor. Odie met the SWAT Team and Sheriff’s K9 JoJo. He also got to ride in the helicopter 40 King, and visited the Emergency Vehicle Operations Center. All of this was followed by a BBQ lunch, a surprise birthday cake in his honor, and a room full of people singing him Happy Birthday!

After singing Happy Birthday, Sheriff McMahon presented him with his own “Special Day” badge encased in Lucite for him to keep as a reminder that we will have a position waiting for him to apply for in the future.

All of this would not have been possible without the dedicated help of the Debbie Chisholm Memorial Foundation and all of the San Bernardino County Sheriff’s Department personnel! Thank you again to all of those who participated in Odie’s special day! 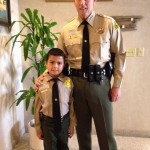 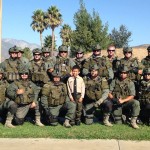 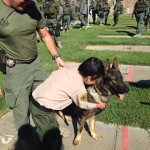 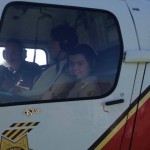 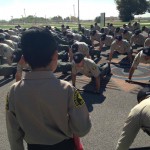 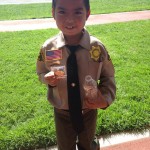 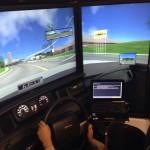 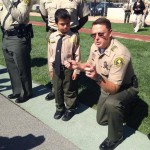 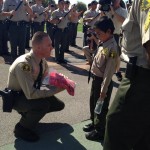 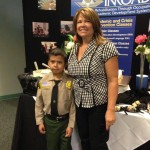 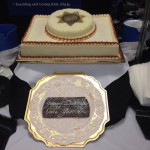 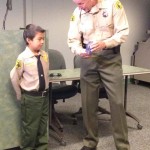